Legendary actor Ed Asner was rushed to the hospital on Tuesday night after struggling during a performance of his one-man show. 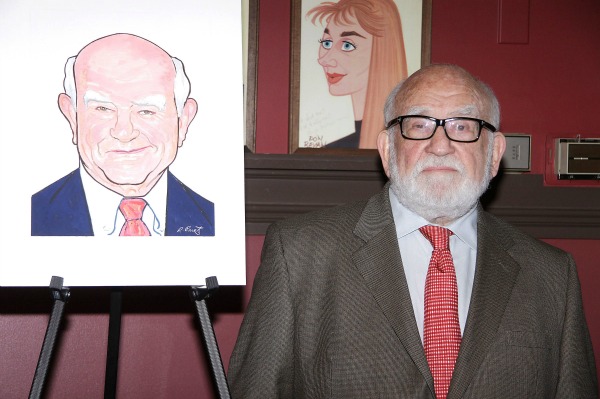 Legendary actor Ed Asner is on the mend after a scary incident onstage Tuesday night in Gary, Indiana. The 83-year-old was performing at the Marquette Pavilion when he had trouble speaking during his one-man show, FDR.

Asner has been portraying Franklin Delano Roosevelt for the last three years in a national tour about the  32nd president of the United States.

The evening did not start off on the right foot for The Mary Tyler Moore Show star. He wasn’t feeling well before the show began, which delayed the performance by about 45 minutes. According to TMZ and the published 911 call, Asner was escorted off of the stage by crew members only 15 minutes into the play when they noticed he was struggling with the dialogue and “sweating profusely.”

The Chicago Sun-Times reported that the Hollywood legend was taken to an area hospital for evaluation.

Asner’s son, Matt, spoke with TMZ about his father’s condition: “My dad is doing fine. He was rushed to the hospital yesterday for being disoriented on stage. He is resting now at an Indiana hospital and is doing well and very grumpy, which with him is always a good thing. He is being assessed right now and what I can say is that it was not a stroke. That much we do know.”

His son did note that the Broadway actor’s health has been questionable recently.

The younger Asner said, “He was feeling under the weather for a few weeks so he may just need some rest but for now he is just fine.”

Asner is expected to be released from the hospital late on Wednesday, but it is unclear when he will resume his show.

He is not the only cast member from The Mary Tyler Moore Show suffering from health problems right now. On March 6, co-star Valerie Harper revealed she is suffering from terminal brain cancer. Her brave fight and positive attitude have been applauded by fans and the media since the announcement.