Veronica Mars fans want a movie to be made so badly they’re willing to plunk down cash in advance! In a record-breaking fundraising effort, over $1 million has already been amassed to fund the film. 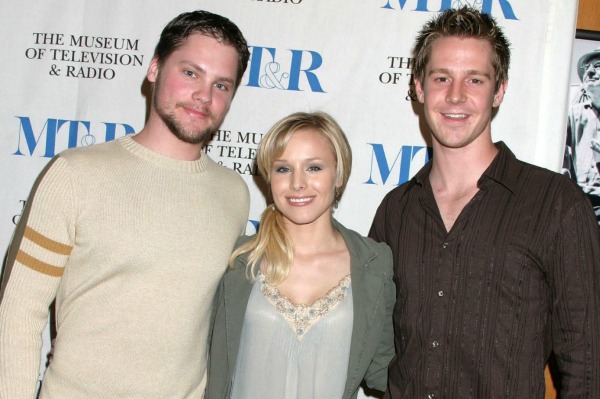 The Veronica Mars Movie Project funding campaign is a jaw-dropping, record-breaking success. As of the publishing of this article, nearly $1.5 million has been raised on Kickstarter in a mere matter of hours!

Star Kristen Bell, currently pregnant with her and Dax Shepard’s first child, is anxiously watching as Veronica Mars fans flock to the funding page and donate in any amount from a single dollar on up. So far, over 20,000 people have thrown a little cash the movie’s way.

“We are so close… it has me so jittery!” the mom-to-be tweeted Wednesday. She also noted, “All this excitement is prolly gonna send me into early labor.”

Let’s hope not, as the campaign’s $2 million goal is undoubtedly within reach before the April 12 deadline!

A personal message from the actress, included in the funding description, explains:

“I am currently the happiest blonde in a hamster ball the world has ever seen. We have been waiting so long to make this movie dream a movie reality, and it’s because of YOUR commitment, YOUR persistence, that we finally have a chance. We just have one more step to go.

You have banded together like the sassy little honey badgers you are and made this possibility happen. i promise if we hit our goal, we will make the sleuthiest, snarkiest, it’s-all-fun-and-games-‘til-one-of-you-gets-my-foot-up-your-a*s movie we possibly can.”

While the majority of the generous have donated $35 or more (earning a digital version of the movie being sent their way within days of the film’s theatrical debut), one deep-pocketed fan will be in the Veronica Mars movie!

An unidentified donor has pledged $10,000 or more for a speaking role in the film. The reward description explains, “You are the waiter/waitress. You approach the table, and you say, ‘Your check, sir.’ We guarantee you will be on camera as you say the line. Unless you go all hammy and ruin the scene and we have to cut you out, but that would be a sad day for all of us. Just say the line. Don’t over-think it. You’re a waiter. Your motivation is to turn over the table.”

Are you interested enough in a Veronica Mars movie to donate? What show would you donate to?

3 mins ago
by Louisa Ballhaus