The public’s love/hate relationship with Gwyneth Paltrow is on again. Her new cookbook, which won’t even come out until April, is already attracting a lively debate. 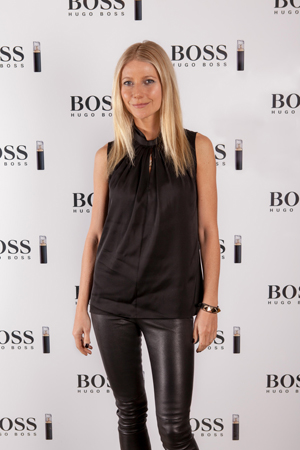 Is Gwyneth Paltrow the new gluten-free goddess? Or is her new cookbook, It’s All Good, “the manifesto to some sort of creepy healthy-girl sorority,” as the New York Post writes?

One thing’s sure: It’s All Good is getting some terrific pre-publication controversy, with news sources lining up to alternately praise and mock the star’s book, which contains recipes free of wheat, caffeine, alcohol, dairy, eggs, sugar, soy, most seafood, meat, and all processed foods.

Mother Nature Network called Paltrow’s recipes “approachable,” and notes that the “elimination diet” Paltrow advocates has actually been around since 1926, and is often used by medical professionals to identify allergies or an intolerance to certain foods. “If it inspires people to reduce meat and increase their intake of vegetables, I’m all for it,” writes Mother Nature Network.

That’s about it for the official praise, though many commenters on various news stories who themselves suffer from allergies are just thrilled to hear about the possibility of delicious recipes.

The mockery comes largely from reviewer Hailey Eber at the New York Post, who calls the book “a recipe for ridicule” in the title of her review, and makes fun of Paltrow’s everything-free origin story, a moment in London in 2011 when Paltrow had a pain in her head and felt faint and like she couldn’t breathe: “Turns out, it was a migraine and a panic attack,” says Eber dryly.

“She recounts how ‘lots of french fries and wine’ were in part to blame for her health issues, but it’s hard to imagine the Waspy poster girl for self-restraint actually overindulging, especially after she notes that she was also ‘severely anemic’ and ‘vitamin D deficient’ — ailments more common to those who don’t indulge enough,” writes the Post. “This is, after all, a woman who recently told Redbook magazine that her ‘favorite thing’ was kicking off the New Year with a three-week detox diet.”

Feminist website Jezebel joined in the Paltrow-poking, noting that the writer felt “it’s unlikely that the richest 1% of humans on Earth all suddenly and simultaneously developed allergies to every single common food” and that Goop exhibits “typical American female body-hate and anxiety-driven food restriction trussed up like the breezy, enlightened, linen-clad lifestyle of a more evolved being.”

Will you buy It’s All Good? Or just skim over it at the bookstore before making fun of it?