After criticizing the “Beauty and the Beat” singer on Twitter, outspoken comic Olivia Wilde says she got one heck of a reaction. 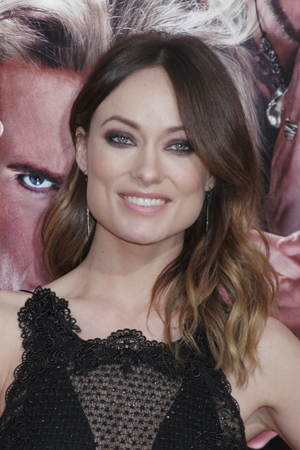 More than 17,000 responses. That’s what Olivia Wilde received after she told Justin Bieber to get dressed and stop acting the fool.

“Bieber, put your f***ing shirt on. (unless you lost all your shirts in a fire in which case my condolences and please purchase a new shirt.)” Wilde tweeted on March 1 after images of a shirtless Bieber cavorting on London’s streets appeared in gossip columns all over the world.

Wilde read some of the angry tweets out last night in an appearance on The Tonight Show.

“It’s so cold there and I’m concerned. You know, I have a 19-year-old brother in London and it’s freezing and if I saw him without a shirt I would tell him to put it on. So I told Justin Bieber, put your [bleep] shirt on,” Wilde told Jay Leno, smiling.

The response was overwhelming, she said, with people thinking she was “mean spirited,” and providing a lot of “interesting” feedback and “friendly advice.”

“Are you a lesbian or are you too old?” Wilde read. “It’s great, because it’s a question I’d never asked myself before and I was wondering am I too old to be a lesbian? Because I did just have a birthday, so I was wondering if I’d missed my window,” Wilde said.

Jason Sudeikis, Wilde’s fiancé, would no doubt be glad to hear this.

“This one was interesting: ‘Put your shirt over your mouth.’ Which, I’m assuming, is a Shakespearean insult,” Wilde continued.

Wilde, who’s getting a lot of mileage out of the fracas, also showed up on CNN to joke that Beliebers are going to “throw acid in my face.”

“It’s pretty much the funniest thing that’s ever happened to me because my Twitter feed is now filled with the most hilarious abuse,” Wilde laughed.

For his part, Bieber seemed wounded by the criticism he received after his half-naked march through London, giving a rational excuse: “When I came out of my show with my shirt off because after performing for 2 hours I might be sweaty.”

Sounds reasonable. And it looks like your fans have your back, Justin. Your naked, sweaty back.