The weekend’s episode of Dallas was a touching tribute to the man who made the show: Larry Hagman as J.R. Ewing. 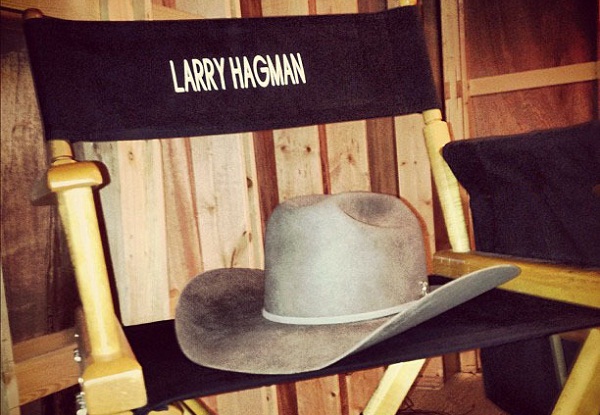 When Larry Hagman passed away in November, two generations of Dallas fans mourned. There were the original viewers, who watched the old show and knew Hagman and his character J.R. Ewing, like an open book. Then there was the new set of fans who, after just one season, already loved the conniving (and yet somehow lovable) old man.

Since then, fans across the country have waited to see what Dallas would do with its vanished cast member. We knew the show was planning something special, but what would it entail? How would Hagman’s last efforts for the show play out? How would the cast and crew of the new Dallas say goodbye to their legend among men?

We got our answer over the weekend and it began the second the show started. Dallas‘ opening credits began to roll and, though they were familiar, were also very different. The sweeping landscapes of Southfork gave way to a tear-jerking montage of Hagman as his iconic alter ego, J.R. Ewing. Meanwhile, the triumphant theme music that has been with Dallas since the very beginning was slowed down to make it a better fit for the somber scenes ahead.

Sunday’s episode also marked the first time Hagman’s name was removed from the credits (even if his face and memory certainly weren’t).

Crew members of the new Dallas worked hard to make their story work after J.R. passed away just five episodes into the season. According to their interview with Entertainment Weekly, they spent a lot of time in the editing bay mincing apart all of Hagman’s previous work and then giving it a new background to give Hagman and J.R. the best farewell the show had to offer. J.R. was played out with a mysterious shot, paying the ultimate tribute to the original series.

And, of course, viewers are once again left wondering: Who shot J.R.?