The actress had a medical scare a few years ago and it motivated her to make sure she was feeding her family the right things. 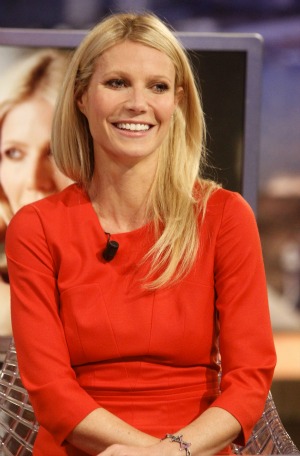 Gwyneth Paltrow has tried a lot of diets in the last few years, all in attempts to keep her family healthy. The actress said the decision was based on the fact that her entire family, including husband Chris Martin and two children, are intolerant of gluten, dairy and chicken eggs.

According to the Daily Mail, Paltrow has admitted that she does not feed her children pasta, bread or rice. Daughter Apple is now eight years old and son Moses is six years old. The change in diet led Paltrow to write a cookbook, It’s All Good, which will be released in April. She is taking heat over her lack of trust in grains of any kind.

“Every single nutritionist, doctor and health-conscious person I have ever come across seems to concur that (gluten) is tough on the system and many of us are at best intolerant of it and at worst allergic to it,” Paltrow said, according to the Daily Mail.

But she also added that it leads to some problems in her household.

“Sometimes when my family is not eating pasta, bread or processed grains like white rice, we’re left with that specific hunger that comes with avoiding carbs,” she added.

But to the Oscar-winning actress, that is much more important than feeding them something their bodies can’t handle. She said her family is also allergic to “many other surprising foods”.

The attempt to keep her family healthy started in 2011 when Paltrow had a brief medical scare. She thought she was having a stroke.

“One sunny afternoon in London, in the spring of 2011, I thought – without sounding overly dramatic – that I was going to die,” she said, according to The Sun. “I had just served lunch in the garden at home. I had a vague feeling that I was going to faint, and I wasn’t forming thoughts correctly. I got a searing pain in my head, I couldn’t speak, and I felt as if I couldn’t breathe. I thought I was having a stroke.”

Gwyneth Paltrow: I felt like a zombie after son’s birth >>

Paltrow said after that day, she cut out coffee, eggs, sugar, shellfish, potatoes, wheat and meat. She was found to be anemic and vitamin D deficient and took that opportunity to change her diet and the diet of her family.