Grabbing the attention of the bachelor of your dreams is tough enough. Now imagine vying for his attention alongside some of the country’s most beautiful and talented women. 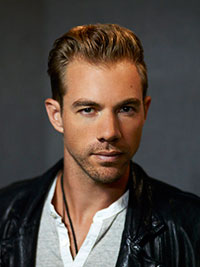 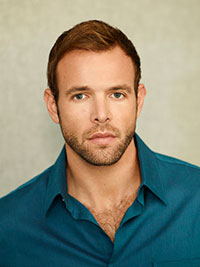 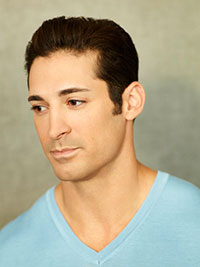 But these bachelors won’t be going it alone. Three professional matchmakers will use their sixth sense and skills to find the bachelors the perfect women from a pool of 36 potential daters. The matchmakers will select 12 women and decide who will be the best fit for each bachelor. Once the quest is done, the bachelors can choose to propose or simply continue dating the woman of their dreams.

So, who are these guys that are so perfect an entire nation of women will be falling at their feet?

First, there’s Tim Lopez, lead singer for Plain White T’s. The Santa Barbara, California-based musician spent 11 years in a relationship that went awry, after which he swore off love. But no one can resist the hope for the right person, especially a romantic like Lopez. He wrote “Hey There, Delilah,” a simple song about a girl that sold 1.3 million copies, but he’s looking for a relationship that’s a bit more permanent than what came of the song’s namesake.

Then there’s Ernesto Arguello, a Miami-bred civil and architectural engineer who also spends his time helping those in need. He’s the son of Cuban and Nicaraguan refugees who instilled passion and drive in him early on in life. Now he heads up a philanthropic organization that creates affordable, functional safe housing for those in Third World countries. He might have a lot to be thankful for, but the only thing he wants out of life at this point is to have a successful, loving relationship like that of his parents.

And finally there’s Ben Patton, an international financier from Dallas, Texas. At the young age of 31, Patton has already tackled the tough worlds of engineering and economics. He began acquiring investment properties at 19 and worked his way to employment with the Abu Dhabi royal family. He now works as the CEO of a private hospital in Dallas. An impressive resume to be sure, and despite all of the people in his employ, he’s still looking for the right woman to fill the position of wife.

The show is produced by Eva Longoria and hosted by the ultimate reality show couple, Giuliana and Bill Rancic.

Admit it — you already know which one of these handsome guys is your type. Watch as he gets paired up with the woman who might just be the love of his life this winter on NBC.

Watch: Get a taste of the action

Sometimes love gets a little hot! Check out a hint of the drama that will unfold on Are You Ready for Love? this season.

Hey Ladies! The Wanted get a reality show
Jennifer Lawrence talks reality TV and being “chubby”
Is Nicki Minaj getting a reality show?