Joss Whedon’s playing a game of should’ve, could’ve, would’ve. The director’s extremely busy with his Marvel projects (The Avengers 2, S.H.I.E.L.D.), but he’s still got his eye on Star Wars. He recently revealed his vision for the new trilogy. 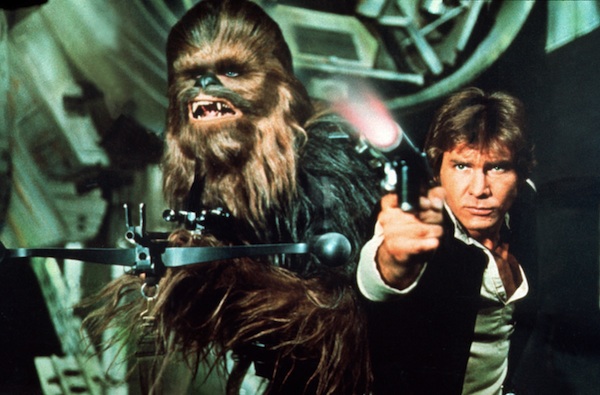 Every fanboy and their mother wants a piece of the Star Wars franchise. Before J.J. Abrams was confirmed for Episode VII, we suspected the likes of Brad Bird, Darren Aronofsky and Joss Whedon to direct.

The latter has his hands full with The Avengers 2, but he couldn’t help throwing in his two cents. Are you wondering what a Joss Whedon Star Wars would look like? While promoting his latest film, Much Ado About Nothing, he told Digital Spy about his unconventional vision.

First off, no old characters. Whedon would pump some new blood into the series. “I wouldn’t go back. I’d go forward,” he said. “I would want to create characters that would resonate the way they did. Not that I don’t want to see them, I would be excited to, but I also feel like I would want to explore a very different part of that universe.”

His idea sounds like the exact opposite of Abrams. Thus far, the original trilogy’s stars are expected to reprise their roles. Mark Hamill, Harrison Ford and Carrie Fisher will bring older, wiser versions of Luke, Han Solo and Princess Leia to Episode VII.

This begs the question: Do we want to see old versions of these characters? Whedon may not agree with the direction they’re going in, but he’d never recast the roles. “That I would never want to do,” he said. “Some things may not be rebooted.”