The Duggars’ burger bill is causing mouths to drop and heads to shake. How much does it cost to take a family of 23 out for lunch in New York City? Find out! 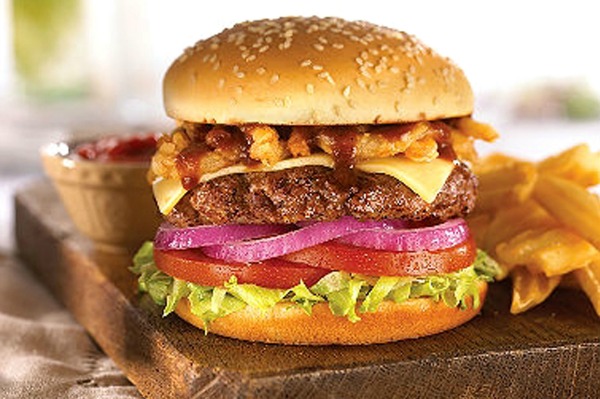 The Duggar family’s burger bill is enough to break the bank of most families. Obviously, it takes a lot to feed the family featured on TLC’s 19 Kids and Counting, but would you have guessed it’d be over $600 for just one meal in a restaurant?

TMZ recently caught up with Jim Bob Duggar after his bountiful bunch dined at Bill’s Bar and Burger in New York City, and dug up the details on their lunch bill. After the family patriarch and 22 other family members ordered burgers, shakes, fries, onion rings and anything else that caught their fancy, their grand total came to $614!

Another Duggar baby is on the way! >>

The family had been in the city to promote the Duggars Do Asia three-part special, as well as announce Josh Duggar’s wife Anna is pregnant with their third child!

When asked by the cameraman what he thought of China’s one-child policy, Jim Bob explained, “We believe that every child is a special gift from God, but I guess in China they’ve made policies that even people who are pro-choice in America would be against.”

He added, “We believe in America in the freedom to choose what you want and over there it’s not that way.”

Jim Bob Duggar went on to say his family sampled both tarantulas and scorpions while staying in China and Japan. Here’s a look at the Duggar family trying out a traditional Japanese breakfast during their experience abroad.

How does the Duggar’s burger bill compare to your family’s food bill?