Now that Elena’s burned down her house, expect her to be sporting a new wardrobe in this week’s episode of The Vampire Diaries, along with a new personality. 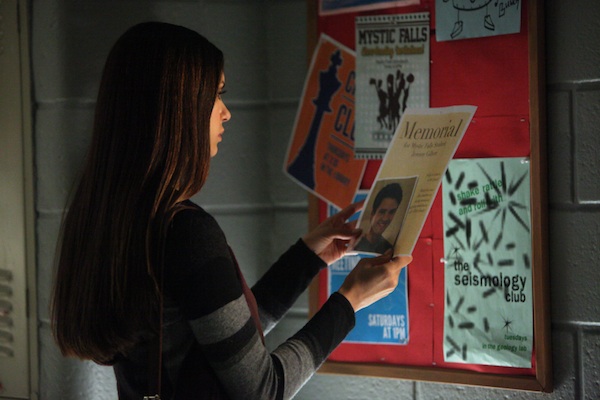 Sure, she struggled when she was first turned into a vampire, but now that Elena (Nina Dobrev) has shut off her humanity, she has officially joined the dark side.

Things could get bad on this week’s episode “Bring It On.”

Elena heads back to high school at the suggestion of her friends who think it’s best if she gets back into her normal routine. Instead of normalcy, she throws a wild party that ends in an ugly fight, according to The CW.

She’s also back on the cheerleading squad and taking a bite out of the competition. Literally.

Luckily, she still has Stephan (Paul Wesley), who appears to be looking out for her best interests. Did we really have any doubt that he would? Looking out for Elena is what Stephan does best. He’s not going to abandon her in her time of emotionless need.

Damon (Ian Somerhalder) appears to be taking his typical route as well. He just wants to show Elena a good time. Meanwhile, he’s still on the hunt for the cure.

But it looks like she’s going to get herself into more trouble than any of the group anticipated.

The most interesting thing that will be addressed in the episode is Elena’s sire bond to Damon. Since the bond is emotionally based, now that Elena has turned off, will she still have feelings for Damon? Were her emotions for him real or will she be drawn back to Stephan?

By the looks of the preview, she doesn’t plan on picking just one anytime soon. We see her walk out naked in front of Damon and Stephan and say casually, “What? It’s nothing you guys haven’t seen before.”

My guess is she’ll play both sides with the Salvatore brothers. It’s going to be an emotional ride back to humanity. It’s about time Elena spiced things up a bit.