Melissa McCarthy could co-star with Bill Murray in an upcoming dramedy. 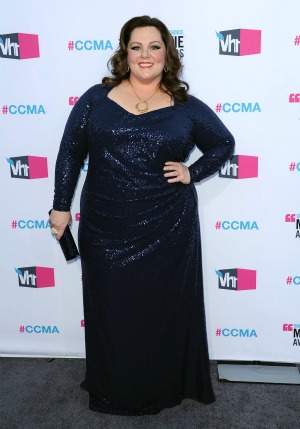 So it’s no surprise that the actress is tapped to star in yet another major film.

The dramedy centers on the relationship between a man (Murray), his neighbor and her teenage son.

McCarthy, who was named the “Queen of Comedy” in 2011 by Entertainment Weekly, has been in high demand since her scene-stealing turn in Bridesmaids.

Last month she starred in the surprise hit Identity Thief alongside Jason Bateman.

The 42-year-old is set to appear in a string of upcoming films, including The Hangover Part III, and The Heat with Sandra Bullock.

Next year, she’ll make her directorial debut with Tammy. The comedy follows a down-on-her-luck woman who takes a road trip with her hard-drinking grandmother (Shirley MacLaine).

Murray, who is known for being choosy when it comes to scripts, is currently filming the George Clooney-directed The Monuments Men with Daniel Craig and Matt Damon. Murray will also appear in The Grand Budapest Hotel starring Ralph Fiennes and Jude Law.

Fans looking to catch McCarthy in action before her next big-screen venture can watch her second outing as the host of Saturday Night Live on April 6.

St Vincent de Van Nuys is set to begin filming in July, which is when McCarthy will have time off from shooting her sitcom Mike & Molly.