When Washington, D.C. gets invaded by a foreign paramilitary group, it’s up to Gerard Butler to single-handedly take down the Korean terrorists and save the country from becoming a nuclear wasteland. This film is like drinking three Red Bulls after a Trenta-sized latte for its heart-racing action. 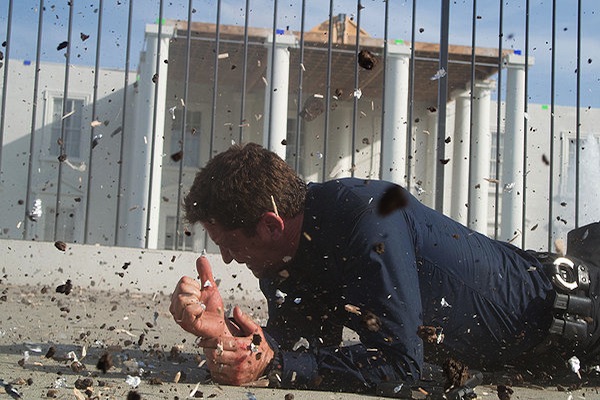 3.5 Stars: Perfect for fans of the Die Hard franchise

Secret Service Agent Mike Banning (Gerard Butler) has a deep loyalty to the first family and a strong connection with Connor until a terrible accident occurs. During a blizzard, the First Lady is accidentally killed in a car crash. Though the crash isn’t Banning’s fault, he deeply regrets not being able to save Margaret’s life.

Now working for the private sector, Banning happens to be near the White House when it’s attacked by a subversive Korean military group masquerading as the South Korean government. They’re bitter about the role the U.S. played in the Korean War and want to take America down. 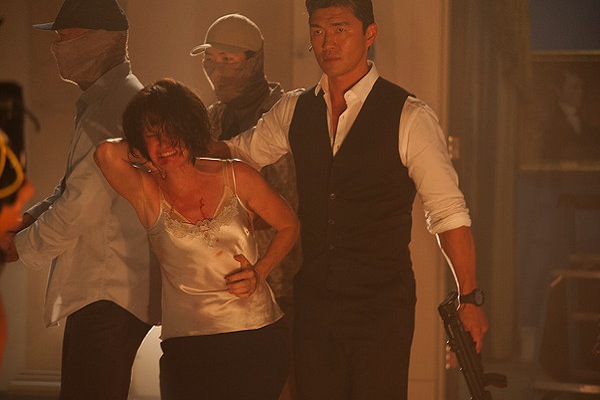 At stake are the nuclear launch codes, for which terrorist Kane (Rick Yune) isn’t above taking little Connor — code name “Spark Plug” — as a hostage. It’s now up to Banning to find Spark Plug before the Koreans do.

Once the action gets going, the movie is a non-stop thrill ride. I screamed several times and noticed my heart rate increasing. Gerard Butler does an excellent job giving a realistic performance of a true bad-a**. The fight scenes don’t seem choreographed — they’re full of real testosterone and Butler brings a rawness and depth to the film that Bruce Willis never could in Die Hard. 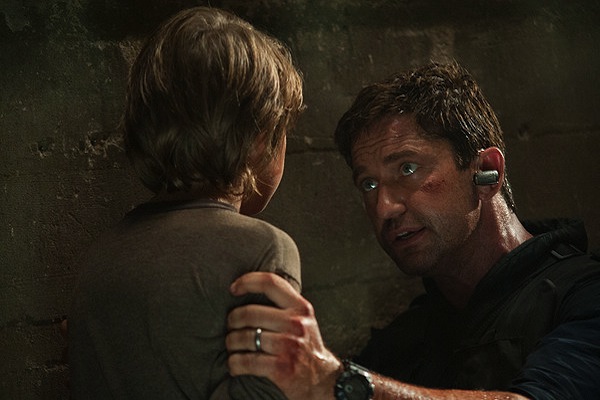 Morgan Freeman delivers a strong performance as Speaker of the House who has to fill in for the president.

Bottom line: This movie is two hours of non-stop violence. You’ll see at least ten heads get shot at close range, but if you like tense action flicks, you’ll love this movie.