The singer may have responded to Kanye West’s jab, but he told Jimmy Fallon if he did, he didn’t realize it. So what did he say? 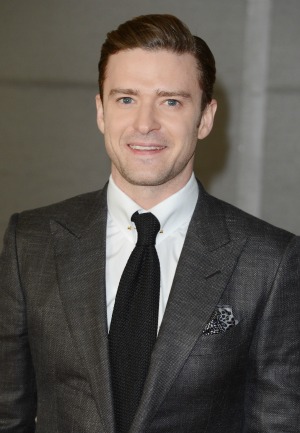 Justin Timberlake hosted his way into the five-timer club on Saturday Night Live over the weekend, to rave reviews. The former ‘N Sync-er also acted as the musical guest on the show, as he usually does. But at least a few people thought Timberlake used the opportunity to send a jab out to a fellow musician, Kanye West.

According to MTV, Timberlake changed one of the lyrics in his song “Suit and Tie” to “My hit’s so sick/got rappers acting dramatic.”

The changed lyric was reportedly a jab back at West for lyrics he changed at a Feb. 23 show in London, where he reportedly rapped: “I got love for Hov/but I ain’t f***ing with that ‘Suit & Tie.’”

Jimmy Fallon brought up the supposed feud during “Justin Timberweek” on the show. Before he heads out on tour, Timberlake decided to be a guest on Fallon’s show all week.

“Did it seem that way?” Timberlake said when Fallon asked him about the lyric. “I don’t remember that . . . Did I change a line? It is live. You know, really, everyone, keep calm.”

Timberlake did his best to assure everyone he has nothing but love for the rapper, and he doesn’t seem to believe there is any sort of feud going on.

Bieber isn’t the only Justin who can host and sing >>

“Let me just [say], for the record,” Timberlake added, according to MTV, “I absolutely love Kanye. So there’s that. We love Kanye, right?”

Timberlake is headed out on tour with Jay-Z starting in July. The “Legends of Summer Tour” will be hitting 12 stadiums in 12 cities over the summer. According to MTV, Timberlake’s new tour-mate Jay-Z has not yet commented on a possible JT/Kanye feud. West has not weighed in either, but there is a good chance we’ll hear any response at his next concert.