Is James Franco a terrible neighbor? Alleged block-mates claim the actor/artist is running a production company out of his Silver Lake, Los Angeles home, and it’s causing a disturbance. 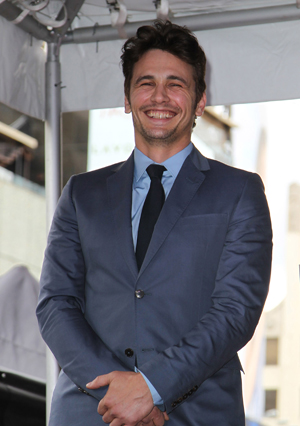 You’re ruining the neighborhood! That’s what James Franco‘s alleged neighbors are claiming on Curbed Los Angeles, with editors running an email from a purported neighbor of the Oz The Great and Powerful star (and Justin Bieber parodist).

“At first, my partner and I were pleased to have Mr. Franco living next door,” the neighbor writes. “His work in ‘Milk’ and his academic pursuits made us happy he was on our street. That is no longer the case.”

Why? Seems that Franco is running a film production company out of the house in the Silver Lake area of Los Angeles.

“Large white production trucks and various other vehicles block our driveway and use it as a loading zone and block our street with such regularity that we have begun calling parking enforcement to have them ticketed; racks of costumes come and go; crowds of people constantly stream in and out of the house and have business meetings in front of OUR house and treat us as if we are eavesdropping sycophants when we walk out our gate to our car; and as I write this, they’ve set up hair and make-up in their driveway,” the infuriated neighbor writes.

Hmmm, seem like reasonable complaints. Franco doesn’t even seem to be living in the house, the neighbor says.

When said neighbor tried to talk to one of Franco’s purported worker-bees, she allegedly said “Have you guys met James? Yeah, that’s not going to make it better.”

Curbed reports that the house was a $775,000 two-unit number that Franco bought from Mad Men costume designer Janie Bryant.

Looks like the Department of Regional Planning will be getting some pointed information about one James Franco, and soon!