Hot off the heels of his success as Iceman in 1986’s Top Gun, Val Kilmer landed his next iconic role two years later in a little film called Willow. In honor of the cult classic’s 25th anniversary — and its re-release on both DVD and Blu-ray — we check in to see where Val and a few of our other favorite characters are now. 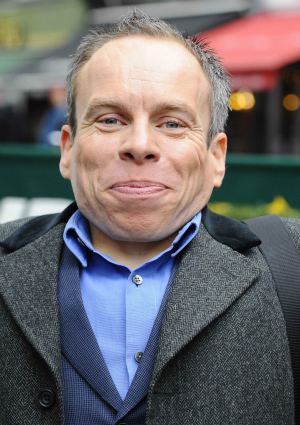 Warwick Davis played the film’s title character, a dwarf named Willow tasked with protecting a baby Daikini — or human for us non-dwarf folk — destined to be the downfall of evil Queen Bavmorda. Since his epic mission to shield little Elora Danan from harm, Warwick has remained busy. He played the title character in the Leprechaun horror flick franchise, which was comprised of, like, five or six films (we’ve lost count). He played Marvin in The Hitchhiker’s Guide to the Galaxy, Nikabrik in The Chronicles of Narnia: Prince Caspian and, this year, he starred in Jack the Giant Slayer. His most notable role since Willow, however, is Professor Flitwick of Harry Potter fame — who could forget the ol’ swish and flick spell, Wingardium Leviosa? 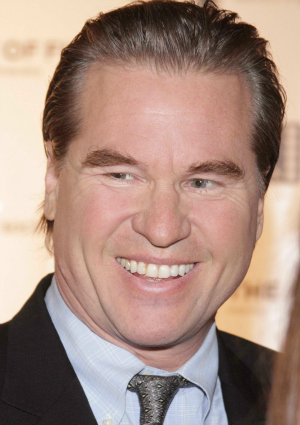 Early in his quest, Willow comes across a Daikini encaged for theft — cue Val Kilmer! Madmartigan, as Val’s character is known, joins Willow… initially in nothing more than a ploy to escape, but ultimately as a friend and protector. The movie’s most recognizable star, Val continued racking up the blockbusters. He starred as Jim Morrison in The Doors, Doc Holliday in Tombstone and Batman in Batman Forever. He appeared in a slew of other movies, too, some more successful than others. Ghost and the Darkness? Pretty good. Deep in the Heart? Not so much. Val currently has two movies in post-production, set to release this year. 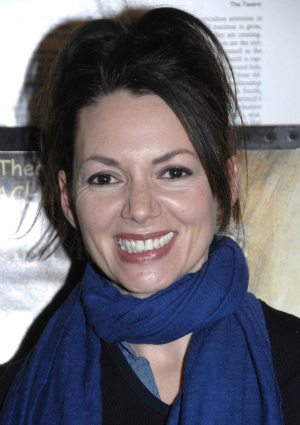 In the movie, brunette beauty Joanne Whalley plays Sorsha — a woman with serious mommy issues. But, who can blame her? She’s the offspring of the evil queen! She starts the movie on a mission to capture Elora and gain her mother’s approval but, upon realizing her affection for Madmartigan, she switches sides. After Willow, she continued to land bit parts in movies, including alongside Bill Murray in The Man Who Knew Too Little. You may remember seeing her during season 5 of the hit CW series Gossip Girl, when she tackled the role of manipulative Princess Sophie Grimaldi. She currently has one movie slated for release this year and two movies in production. 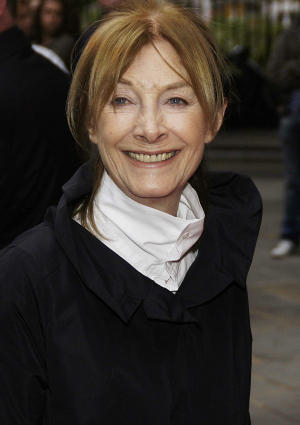 As evil sorceress Queen Bavmorda, veteran actress Jean Marsh was the antagonist we loved to hate. She nailed the cold nature of her character — ice water must have been coursing through her veins during filming! She enjoyed steady work afterwards, with roles like Morgana (another evil queen!) in A Connecticut Yankee in King Arthur’s Court. Most recently, she reprised her role as Rose on the TV series Upstairs Downstairs — she starred as Rose in the original series back in 1971–1975.

Kevin Pollak and Rick Overton, aka Rool and Franjean

The major comic relief in Willow came in the form of two pint-sized players — “Brownies” Rool and Franjean. Played by Kevin Pollak and Rick Overton respectively, these mischievous little fellows found trouble around every corner. Kevin went on to build an illustrious Hollywood career as both an actor — think A Few Good Men, the Grumpy Old Men movies, The Whole Nine (and The Whole Ten) Yards, etc — and a producer. Rick Overton since appeared on shows such as Seinfeld, Alias and Joan of Arcadia, and played small parts in movies like Mrs. Doubtfire. Last year, he popped up in the music video for Pakistani rapper Adil Omar’s song “Star Power”. 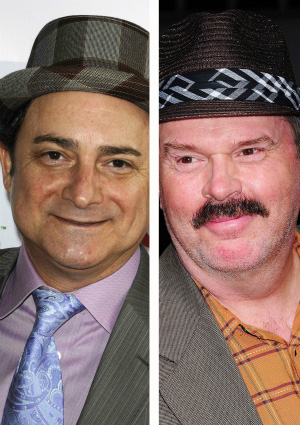 Watch a clip from the digitally remastered Willow!

Willow actor Warwick Davis got his big Hollywood break as lead Ewok Wicket in another George Lucas mega hit, Star Wars: Episode VI — Return of the Jedi. Originally cast as an extra Ewok, Warwick shifted into the leader of the furry creatures when actor Kenny Baker fell sick and couldn’t continue filming. Tough break for Kenny, but good for Warwick!