ABC Family has two new dramas in the barrel for the upcoming summer season. 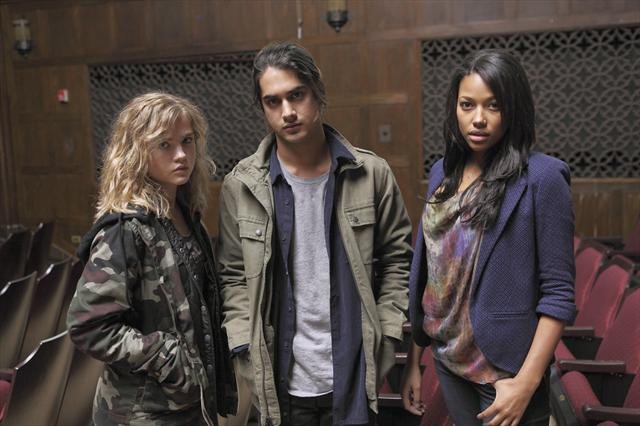 This summer ABC Family is welcoming two brand-new dramas to their summer lineup. They both sound pre-tty interesting!

The first drama, The Fosters, is an hourlong family drama about a family run by two moms (Teri Polo and Sherri Saum) and follows them as they navigate life trying to raise a family of foster and biological children of a multiple ethnicities. The show is executive produced by Jennifer Lopez.

The family is rounded out with co-stars Jake T. Austin, David Lambert, Hayden Byerly, Maia Mitchell, Cierra Ramirez and Danny Nucci. The Fosters will premiere Monday, June 3, at 9/8c following the series finale of The Secret Life of the American Teenager. Make sure you stick around and check it out.

ABC Family will also debut a show called Twisted that was formerly titled Socio. Twisted is another hourlong drama (this time a mystery) that premieres on Tuesday, June 11, at 9/8c. The show follows a 16-year-old boy (Avan Jogia) with a troubled past who has recently reconnected with his two best friends (Maddie Hasson and Kylie Bunbury). However, he suddenly becomes the prime suspect when a fellow student is found dead in her home. The show’s executive producer is Gavin Polone and will also start Denise Richards.

The cable network has two other shows that will premiere this summer. One is The Vineyard, a “docu soap.” The show premieres in July and centers on a group of 20-somethings in Martha’s Vineyard. Their other new show is a half-hourlong reality show Dancing Fools, hosted by Melissa Peterman. It begins airing in May.

To find out if any of the new shows are very good, you’re just going to have to tune in to find out!