It’s been a tough year for daytime television. Both soap operas and talk shows have been getting canceled left and right. Thankfully, Ellen has escaped that fate. It’s just been renewed through the 2016-17 season. 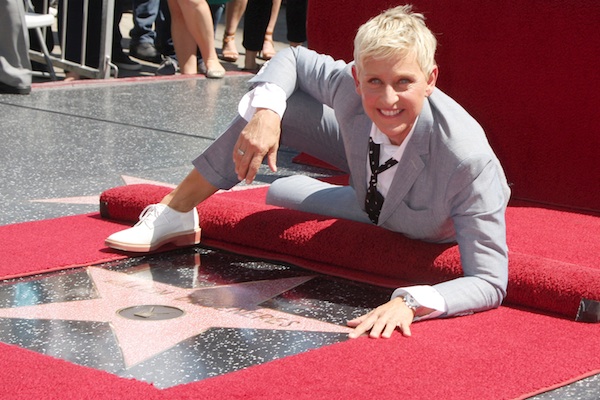 We have good news for fans of Ellen DeGeneres. Her daytime talk show has been renewed through 2017. The series is currently in its 10th year and is showing no signs of slowing down.

According to Deadline, the show has been extended by NBC Owned Television Stations as well as 179 stations representing more than 96 per cent of the country. The big news was announced Monday by Ken Werner President of Warner Bros. Domestic Television Distribution.

“Ellen is quite simply the best,” said Werner. “Day in and day out she and her team produce a unique and compelling hour of entertainment which is appointment television for legions of women. We are absolutely thrilled that NBC, Ellen, Warner Bros. and all of our station partners will be continuing our successful relationship for years to come.”

Ellen ties Dr. Phil as the top-rated syndicated talk show for women 25-54. It’s managed to stay strong during one of its most challenging seasons. This year, many competitors have come and gone but Ellen’s stayed put.

“Ellen is having its best season ever during the tenth anniversary of the show. It is a testament to Ellen’s brilliance as a talent and our extraordinary production team,” said Hilary Estey McLoughlin, President of Telepictures Productions.

“We are so proud of the show and grateful for all the support and partnership of NBC and all of our stations. We look forward to collaborating with them to build Ellen to even greater success in the years ahead.”

Congrats to Ellen DeGeneres and her talk show team!