Prince Charles is now 64 years old, and is realizing having a new grandchild will change everything. 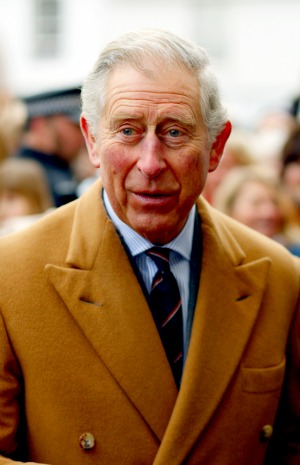 Prince Charles has had three months to let the news of the pregnancy of Kate Middleton and his son Prince William sink in, and he is still trying to come to terms with it. The 64-year-old prince spoke with the BBC about how he feels about becoming a grandfather for the first time.

Top fairy tale weddings & why we loved them >>

BBC 1’s Countryfile is celebrating their 25th anniversary and they asked Prince Charles if having his first grandchild makes him feel old at all.

“Of course it does,” he told them. “Because you can’t believe, to a certain extent, that it’s going to happen in your life.”

But the comment doesn’t mean he is not excited about becoming a grandfather. In fact, according to Us Weekly, he’s “thrilled”.

“It’s a lovely thought, and I look forward enormously to that relationship with a grandchild,” he said.

Prince Charles is also an environmentalist, and one more generation has him thinking about what we need to do to keep this Earth ready for that generation and even more generations to come.

“We need to think about what kind of world we’re handing on to our successors, particularly our grandchildren,” he added, according to Us Weekly. “It should make us reflect a bit how we do things so that we don’t ruin it for them.

The monarch has always felt strongly about the cause, but the thought of a new grandchild has put it in an all new light.

“That’s why it’s so important to work in harmony with nature rather than somehow thinking we can ignore or dominate or separate ourselves from nature,” he told the BBC program

It was half a lifetime ago when Prince Charles married Lady Diana Spencer when he was 32. The couple had two sons, William, and Prince Harry, who is now 28. Charles has been married to Camilla Parker Bowles since 2005.

Did Kate Middleton (accidentally) reveal the sex of her baby? >>

Kate Middleton’s royal child is due in July.