The actor and director just accomplished one of the biggest things, so what is he going to do now? 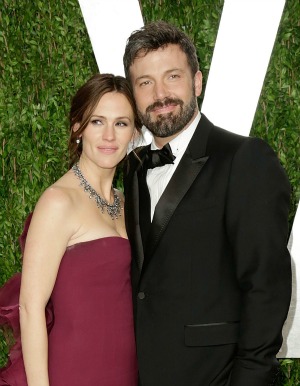 Ben Affleck’s film Argo won the Best Picture Oscar at the Academy Awards just over two weeks ago — an event which would be the pinnacle of most directors’ careers. So for Affleck, where is he to go from here?

The actor told Us Weekly he is just enjoying time with his wife, Jennifer Garner, and working hard not to get out of his sweats.

“Luckily, I’ve been able to just enjoy my good fortune the last couple of weeks, just sit back and take it in, not do anything, eat ice cream on the couch,” Affleck said. “It’s been a nice time, hanging out with my wife, that sort of thing, and we’re enjoying it.”

Affleck and Garner, who have three children together, took off those sweats and dressed up for a benefit for Stuart House, a rape treatment center on Sunday. Garner couldn’t contain her admiration for her husband.

Garner is the one who encouraged Affleck to shave off his (good luck) beard at an Oscars after party. As for Affleck, he is happy the stress of awards season is finally over.

“Now, when I go out and spend my time at events I can choose events like this that have some cause, some benefit other than trying to go after something for my movie,” he said of the many events he is committed to during awards season. “Nothing is wrong with that but it’s also important to balance that with this type of activity that feels good.”

Argo was the first film since Driving Miss Daisy to win Best Picture without being nominated for Best Director. Many in Hollywood felt Affleck deserved the award, but he moved past it and is thankful for what he has.

Affleck is starring in Runner, Runner next, set to come out this year, and Garner will appear in the film the Dallas Buyers Club along with Matthew McConaughey and Jared Leto.