According to her mother Sharon Osbourne, Kelly is heading home from the hospital on Monday. She’s on medication, but the diagnosis is still unclear. 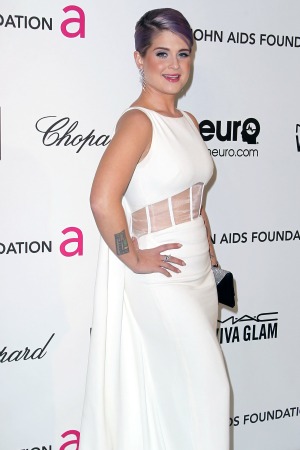 After a very scary incident last Thursday on the set of Fashion Police, Kelly Osbourne is coming home from the hospital on Monday. Her mom, Sharon Osbourne, updated her viewers on the set of The Talk.

Sharon said, “Kelly is doing fine and first off, yes, Kelly has asked me to thank everybody who sends their love to her and have reached out to her. So many people. And we all believe in the power of positive thinking and sending good vibes. We strongly believe in it, and the Osbournes, we want to thank everyone. And I thank her doctors and I thank everyone at Cedars.”

After thanking the fans and viewers for their support, the talk show host added, “She’s coming home today.”

Kelly has been hospitalized since the seizure happened on the set of the E! fashion show. While there has been much speculation about the cause of her seizure, there is no confirmed diagnosis just yet.

Sharon mentioned an interesting point on the show today, “We were very blessed that, in a way, that Kelly, when she had her seizure, she had while she was filming, so it was filmed. We needed that to show the neurologist so they could see what was happening.”

Hopefully, Kelly’s doctors will be able to use the footage to help determine a course of treatment.

Why the Biebs, Kim K & Kelly Osbourne went to the hospital >>

In the meantime, the fashionista is “on medication. She’s fine, nobody knows why she had it… Can’t figure out a reason why, but she is fine and naughty,” according to her mother.

Kelly seems to have a sense of humor about her time at Cedars-Sinai in Los Angeles. On Sunday, she tweeted, “My life now is like an episode of House = the impending fight against death and the look of fear in everyones faces!”

Thankfully, the violet-haired gal is going to be okay!