Lady Antebellum’s frontwoman Hillary Scott announced on Monday that she is expecting a girl in mid-summer. Her pregnancy has been pretty chill except for needing Pop-Tarts every once in a while. 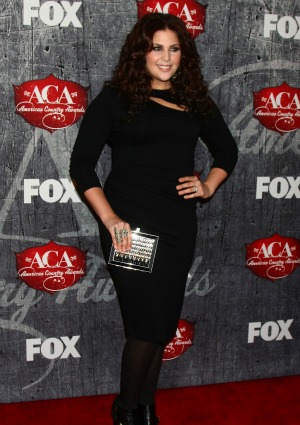 Lady Antebellum’s Hillary Scott and her husband Chris Tyrell know what color they are decorating the nursery. On Monday, a rep for the musicians announced to People that the couple is expecting a girl.

Their rep said, “Hillary Scott and Chris Tyrrell are expecting a girl in mid-summer.”

The duo announced their pregnancy back in December. At the time, Scott told E! News about her pregnancy cravings.

She said, “There was one night where I looked at my husband and I was like, ‘We really have to go to the grocery store because I need a Pop-Tart right now.'”

The frontwoman continued, “That’s really one of the only cravings I’ve had, that and sleeping. That’s been my biggest craving for sure — naps!”

While the pregnancy has been relatively easy on the singer, she doesn’t seem to be slowing down one bit during her pregnancy. Lady Antebellum released the first single “Downtown” from their upcoming album in January.

Fans can expect to see the country band’s new album, Golden, drop on May 7.

The couple still have yet to decide upon a name.

Before they knew the baby’s gender, Scott told Broadway’s Electric Barnyard, “If it’s a boy, there aren’t very many girl names that could be boy names. But if it’s a girl, there’s a bunch of boy names on the list that could technically be girl names. I’m hoping I can at least cut it down somewhat, because there’s a lot of names to choose from and a lot of really cute ones and family names that are important to us. So, it’s a tough decision.”

Scott and Tyrell were engaged over 4th of July weekend in 2011 and they married early in 2012.