Chris Brown says he was just joking during his latest Rihanna rant. We’re not so convinced. 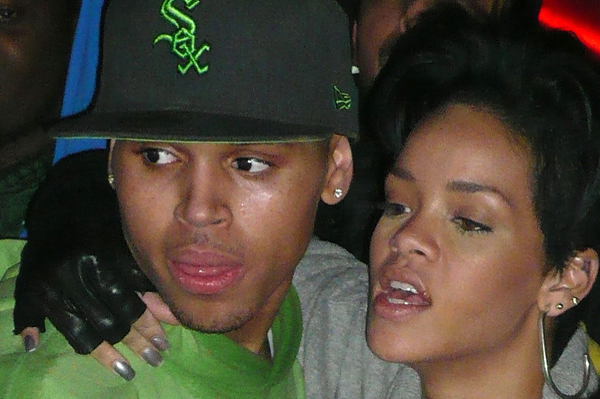 The “Forever” singer went on an impromptu rant to the crowd during his performance at the Emerson Theatre in Los Angeles on March 7 — and it’s a doozy.

“Every guy in this building has said one thing to their female. If you’re not an insecure n***a and you let her have fun with her friends, I applaud you. You gotta say that one thing to her, and I made this s**t up,” he said, launching into song.

He later told TMZ cameras that the song wasn’t about Rihanna — it was just for fun.

We’re all for Rihanna doing what makes her happy — even if we really don’t agree with it — but saying that he “owns” her? It just shows he hasn’t really changed much since their infamous 2009 incident.

“Sometimes you row, you fight, with the one you love and things get said, stuff spirals,” he told the U.K. Daily Mirror. “That night was the deepest regret of my life, the biggest mistake.

Would you ever put up with a guy who says he “owns” you? Sound off in the comments below!