Many a young rapper has been born out of hardship, turning to music for catharsis. For these four hip-hop artists who personify such struggles, the road to SXSW was no easy street. 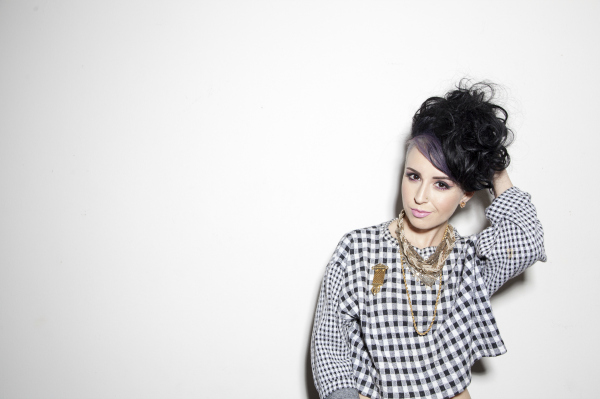 From
the Streets
to the stage

Many a young rapper has been born out of hardship, turning to music for catharsis. For these four hip-hop artists who personify such struggles, the road to SXSW was no easy street.
1

A relative newcomer to the hip-hop scene, Sirah only started rapping eight years ago. Her early foray into the profession was markedly unglamorous — she was “booking my own tours, sleeping on the floors of people I didn’t know, bathing in public restrooms, and accidentally kickin’ off a feminist revolution in Romania.” She toughened up via South Central LA’s Project Blowed, a rap battle much like the one made famous by Eminem in 8 Mile. Hovering in and out of homelessness, Sirah stayed positive by imagining herself camping. She credits finding success to staying hungry, “in all senses of the word.”

Born Travis Tyler, “Thi’sl” was born in Greenwood, Mississippi, but grew up on the gritty Westside of St. Louis. His father was absentee and, subsequently, his mom had to work all the time, so Thi’sl’s grandmother helped raise him and his brother. When Thi’sl was 13, he was expelled from returning to any St. Louis public school for bringing a weapon — and life spiraled out of control. His mom and many other family members became drug addicts and soon Thi’sl began using as well. “I was a monster. I did whatever I had to do to survive,” he admits. It was only after his cousin was murdered that Thi’sl looked to God for answers. A born-again Christian, he now uses his music to reach the people of his culture.

Listening to SAZ’s music, it doesn’t matter if you don’t understand the language — the power of his lyrics transcends any barriers. Native to a city in Israel marked by crime and poverty, SAZ (whose given name is Sameh Zakout) turned to music as an outlet of escape. It is hip-hop he credits for keeping him off the streets, where many of his peers ended up. He performed for the first time in public at 16 and has been on the rise ever since, catching the attention of media powerhouses like CNN. SAZ considers his rhymes a “weapon for making a difference and giving pride and hope to all people around the world.”

You know the old expression, “You can talk the talk, but can you walk the walk?” Well, Freeway is a living, breathing embodiment of that adage as it relates to the hip-hop world. Sure, street culture is the predominant theme in rap today… but not all rappers have the inside perspective that Freeway does. His background? Hustling in the North Philly ghetto, an area rife with violent crime and drugs. Remarkably, he made it off the streets just to end up in jail — he was signed to Roc-A-Fella records, but served a six-month prison stint for drug possession shortly after his debut. After his time served, Freeway refocused his energy on his music and has since released two more favorably received records.

What the heck is SXSW (aka South by Southwest)?
Surviving SXSW: The apps you need
CR Smith and other bands to check out at SXSW