Paris Jackson, having a normal-looking teenager-hood at her California prep school, catches the eye of an NFL cheer squad. 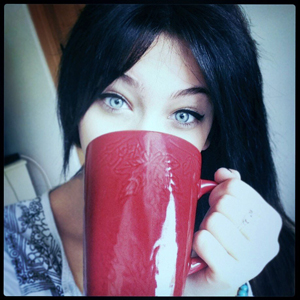 Paris Jackson has what it takes to be an NFL cheerleader, Philadelphia Eagles cheer director Barbara Zaun tells TMZ, and she hopes when Michael Jackson’s daughter comes of age, she’ll audition.

Footage and images of Jackson cheering for the varsity basketball team of the Buckley School, the prep school she attends in the San Fernando Valley in California, surfaced a few days ago.

Zaun took a look and liked what she saw.

“We thought that she had a lot of poise, confidence, and enthusiasm in her cheer performance,” Zaun told TMZ. “Paris has that ‘wow factor’ that makes a great cheerleader.”

Wow factor aside, at 14, Paris is still a few years too young to shake her pom-poms for the Eagles. Eagles cheerleaders must be at least 18 years old to perform, and have a high school diploma.

Nonetheless, Zaun invited Jackson out for an audition when she’s ready.

“She is already very comfortable in the limelight, so we think she would definitely stand out and impress the judges,” Zaun told TMZ. “We hope that she will try out for the team and be an Eagles cheerleader!”

Jackson tweeted a photo of herself cheering on March 4; she boasts a new hairstyle in the pic, different from her usual long, straight brown locks. Now her hair is short, black and spiky-punky.

Jackson’s brother, Prince Michael Jackson, recently took on his on new television gig. Is Blanket soon to follow into the limelight?