Funny people Michael Cera (of Superbad and Arrested Development) and Sarah Silverman (guess who she played in The Sarah Silverman Program) launch their own YouTube channel. 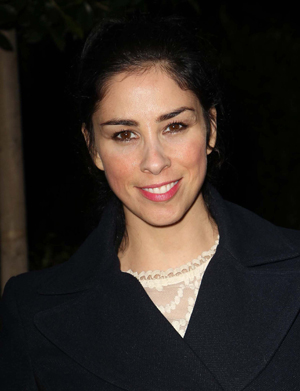 Designer first name from one of Cera or Silverman’s nephews? Nah. It stands for Just Attitude So Hey.

Cera and Silverman launched the show Sunday at the SXSW festival in Austin, Texas, at a barbecue brunch they co-hosted with other Jash insiders Tim Heidecker and Eric Wareheim (of Tim and Eric Awesome Show, Great Job) and Reggie Watts (who sidekicks on IFC talk show Comedy Bang Bang).

As YouTube announced in the fall, Jash is one of over 60 channels being rolled out on the site, including The Adam Carolla Channel, a comedy channel from the former host of radio call-in talk show Loveline. Carolla posts bits from his podcast talk show, The Adam Carolla Show, so perhaps his channel won’t bump into Jash, which looks like short video absurdist vignettes in the Funny or Die mode, though not yet as littered with celebs on a lark.

Speaking of Funny or Die, it has its own YouTube channel, naturally. Purely by the numbers, Jash has a lot to live up to: Funny or Die launched its channel in 2009 and boasts 680,548 subscribers and 178 million views; The Adam Carolla Channel has 15,493 subscribers.

“I’ve got a lot of personal bizarre stuff that I do in my home and my bedroom and I’m going to put it out on YouTube through Jash.com,” says Tim Wareheim on the kinda hilarious intro video, JASH, which also features bro hip-bumping and Michael Cera admitting, “Yeah, is doing work for the Internet a step down for me? Yes!”