SheKnows chats with The Mindy Project’s Ed Weeks about his dating life and who he’d like Jeremy to hook up with next. 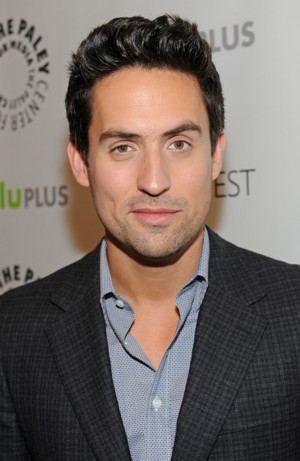 With his charming accent and boyish good looks, Ed Weeks’ character Jeremy is the resident ladies’ man on The Mindy Project. But the English actor tells us his own dating life is a bit less eventful.

“I’m like friends with a lot of women,” Weeks told SheKnows at Paleyfest 2013. “I haven’t really dated that much in L.A. I’ve just been working really hard.”

But of course, we have to assume that it’s been easier to pick up women here with his sexy accent.

Weeks’ character Jeremy is certainly getting a lot of action. He told us that in the next few episodes, Jeremy will begin dating Mindy’s college friend Maggie, the gym teacher in the wheelchair we met a few episodes back.

“There’s a budding romance with one of Mindy’s college friends Mary Grill, called Maggie,” said Weeks. “She’s hilarious. She’s a bit more rough and ready than Jeremy would usually go for. But I think she’s going to be really good for him because she doesn’t take any of his s***.”

Watch the interview with Ed


If things don’t work out with Maggie, though, Ed knows just which A-list actress he thinks would be a good fit for Jeremy.

“I love Naomi Watts,” he told us. “I think she is such an amazing actress, and I think she’s really funny. She has this really dry sense of humor.”

For now, though, Ed is just enjoying the relationships he has with his cast members.

“It’s like a new relationship,” said Weeks. “You found these people that you really get on with and you love. I’m looking forward to this wild journey we’re going to have. It feels wonderful and unexpected. I thought I would be back in England for sure by now.”

We’re happy to have him here!

Be sure to catch Ed Weeks and the rest of the cast on The Mindy Project, Tuesday nights on Fox.