Oh look, another day, another headline featuring Chris Brown behaving like a bad boy. In today’s story, Chris Brown interrupts a DJ onstage at Emerson Theater in Hollywood to enlighten us on how to talk to a woman. Oh, joy. Relationship Communication 101, by Chris Brown. In response, we’d like to visit with Chris Brown about how you talk to a “male.” 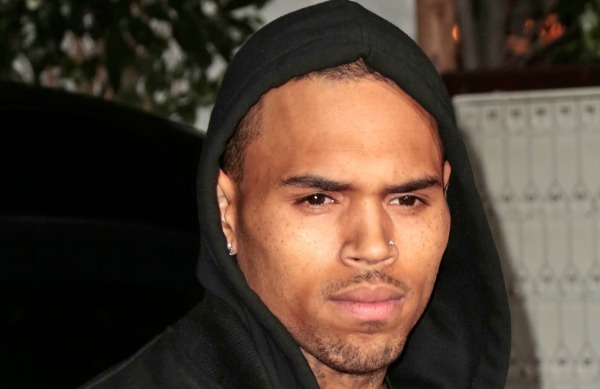 Here is what Mr. Wonderful shared with the Emerson Theatre crowd: “Every guy in this building has said one thing to their female… If you’re not an insecure n*****, and you let her have fun with her friends, I applaud you. But you gotta say that one thing to her, and I made this s*** up: [he begins “singing”] Don’t make me have to tell you again, that that’s my p**** baby! It’s mine, baby, babe, mine. So you better not give it away.” Watch this clip for the full rant.

I can’t speak for all women, but I guess I’d come right out of the gates with “Don’t call me a female.” I’m not a dog, or a horse, or a goat or any other type of barnyard animal. Until and unless we start running around calling the men in our lives “males,” we’d really rather not be referred to with such a clinical and dismissive noun. After all, when was the last time you saw a woman (girl, lady, insert other appropriate term here) say to her significant other, “Hey, male, will you please take out the trash?”

While on the topic of appropriate gender terms, unless a woman says something incredibly rude to you like, “How about you close your yap, get off the stage, step away from the weed for five seconds and learn how to conduct yourself in a less offensive manner,” don’t call a woman a b****. Again, b**** is a term used to describe a female dog, and (hopefully you are picking up on a pattern here), we’re not canines.

In case you missed Day One school, women loathe being called “p****.” How our nether regions became synonymous with a cat is difficult to understand, but generally speaking, we don’t like it.

Lastly, we’ll thank you to not slap the word “their” or any other possessive pronoun (look it up) in front of a word referencing us. Since the end of slavery, no man or woman belongs to someone else. We are not your female, b****, dog or (Lord help us all) p****.

In a word: Baffling

“If you’re not an insecure n*****, and you let her have fun with her friends…” This lovely sentiment demonstrates that Chris Brown is unaware that using the n-word can still get you in trouble (ask Quentin Tarantino and Gwyneth Paltrow), and that he doesn’t quite grasp the concept of an oxymoron. Here, Brown seems to be bragging that he’s not insecure because he “lets” his “female” (lucky RiRi) go out with her friends, but only after telling (threatening) her to remember who she belongs to. Call us weird, but saying “Don’t make me have to tell you again, that that’s my p**** baby! It’s mine, baby, babe, mine. So you better not give it away,” sounds pretty freakin’ insecure.

Brilliant lyrics aside, Daddy warned us about men like you, and how to defend ourselves. Without getting too graphic here, if you threaten us, we may have to go bats*** crazy on your a**, and not in a pretty way. Don’t come at us with thinly veiled (if we may be so bold) p**** threats like “Don’t make me tell you again,” or “You better not.” Oh no. Oh, hell no. And yes, I am waving my finger in the air.

Chris Brown and Drake suing each other over nightclub brawl >>

While Chris Brown adds another chapter to his riveting book, “How to be incredibly offensive,” all we can do is hope that Rihanna will kick his sorry “male” butt to the curb — again. (Did she really cancel her Boston concert due to laryngitis or is she hiding out in humiliation?)