Matt Lauer is often blamed for Ann Curry’s departure from The Today Show, but he is now speaking out. He said he defended her, and does not like the way it was handled. 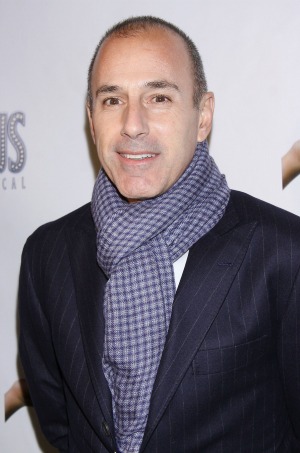 When Ann Curry was ousted from the co-anchor spot on The Today Show, many blamed Matt Lauer for not fighting harder for her job. But according to a recent interview with The Daily Beast, Lauer had wanted what was best for everyone, including the show.

Is Ann Curry returning to The Today Show? >>

“If you think the show’s better off without me, let me know, and I’ll get out of the way,” Lauer reportedly told NBC Universal CEO Steve Burke at the time of Curry’s ouster.

But Burke responded by saying he needed Lauer to carry the show through the controversy.

“We’ll get through this,” he told Lauer.

But Lauer apparently still feels bad about the whole situation, and at the very least wishes the situation had been handled differently.

“I don’t think the show and the network handled the transition well,” Lauer told the Daily Beast. “You don’t have to be Einstein to know that… It clearly did not help us. We were seen as a family, and we didn’t handle a family matter well.”

And those in the know said Lauer did defend Curry while she transitioned over to her new position within the company.

“He was quietly and publicly a supporter of Ann’s throughout the entire process,” said Steve Capus, former president of NBC News. “It is unfair that Matt has shouldered an undue amount of blame for a decision he disagreed with.”

Capus told The Hollywood Reporter at the time of Curry’s departure that he saw it as a way to put her in the position she was passionate about, and one where she was more skilled.

“I think it was not where her real passion was,” he said. “In her heart of hearts, I think she would admit that. I think her real passion is built around reporting on international stories. I think we’ve now come up with a role that will play to her strengths.”

Curry is working as an international correspondent for NBC News.