Oscar Pistorius is a broken man who may be suicidal, says a close friend of the Olympian charged with murder. 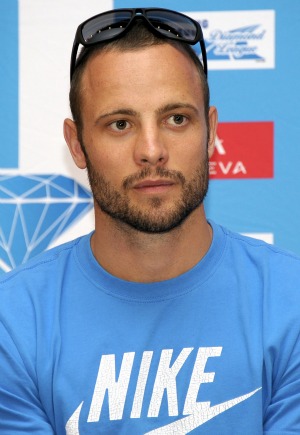 Nearly a month after the death of model Reeva Steenkamp, her accused murderer Oscar Pistorius is selling everything he owns and is possibly suicidal says a close friend.

In a British documentary airing tonight, racehorse trainer Mike Azzi reveals what may be going on in the tortured mind of his close friend, who claims he shot Steenkamp after mistaking her for a burglar.

“I’d go as far as to say he would be on the verge of suicide,” Azzi said in the BBC documentary Oscar Pistorius: What Really Happened? “He’s just like someone walking around in circles. He doesn’t know where he is going. I would say that, just by speaking to him, he is a broken man.”

“I get the feeling that he’s really hurting and he’s an inkling of the man that he used to be.”

Azzi also revealed that the athlete is selling off assets to pay for his defense, including shares of his racehorse. “He’s selling off all his property and everything because of the legal costs,” Azzi said.

“If you ask me do you believe Oscar could do it, I’d have to say no. Because I’ve never ever seen that side of him. But in life there are those moments of madness, where people just are uncontrollable, and I pray to God that that’s not the case with him.”

Pistorius remains free on bail. He is not allowed to return to his home, where Steenkamp was gunned down in the bathroom, and police say that while he is not under house arrest they do expect him to adhere to a strict schedule.

“He’s not under house arrest, but his movements need to be known to us so that we don’t pitch there and he’s not there,” said James Smalberger, chief deputy commissioner of the department of correctional services.

“We agree on ‘free time’ normally during the course of the day, and in the evening we expect him to be home.”