Poor Portugal. Looks like someone crushed the hourglass that held Justin’s 15 minutes of fame before they had a chance to see him live. 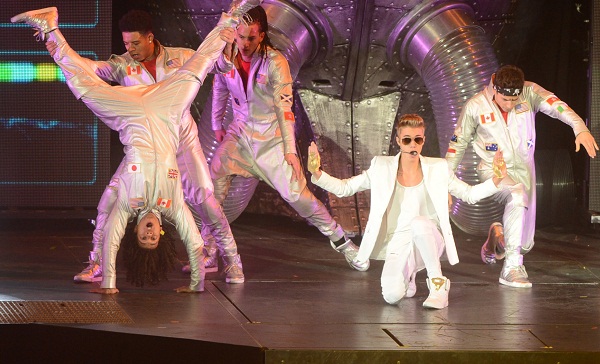 Justin Bieber has canceled one of his concerts in Portugal this week. His second show was scheduled for Tuesday, March 12, but the teen pop sensation has back our due to “unforeseen circumstances.”

According to the Portugal show promoters: “Due to unforeseen circumstances, Justin Bieber was forced to cancel the second operation, in Portugal, on 12 March. The Canadian singer is eager to play for the Portuguese fans on 11 March. Holders of tickets valid for March 12 should contact the respective place of purchase to receive a refund within 30 days of the date of the scheduled concert, which ends April 11.”

The cancellation comes on the heels on an already tumultuous week for the 19-year-old. He kicked off his weekend in London by partying hard for his birthday. Yet, a scuffle he blames on someone else forced him and his entourage to be removed from the premises of one club. Later, he tweeted about having the worst birthday ever. Things only got worse for Bieber, though.

During a nearly weeklong stint at London’s O2 Arena, Bieber showed up two hours late for one show, angering many fans and their parents. Another night, he supposedly got sick and, after performing a washed down version of his usually very theatrical show, was taken to the hospital. Finally, before Bieber could leave the country, he got into a fight with a paparazzo during which he dropped all kinds of bad language and threatened violence on the snooping picture snapper.

As to why Bieber has canceled his second show in Portugal but not his first (which is tonight, March 11), no actual reason has been given. However, Contactmusic.com is blaming the cancellation on underwhelming ticket sales. Of course, they’re also quoting Britain’s Daily Mirror on reports of a possible reconnection with Selena Gomez. Sorry, Biebs: Even the squeaky clean teen witch can’t magic you from this self-imposed jam.