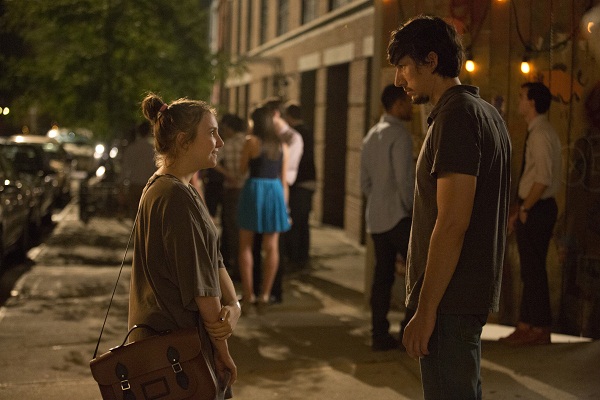 This season of Girls is unraveling, just like many of its main characters.

All appears well from the start for Adam (Adam Driver) and Natalia (Shiri Appleby). As their relationship heats up, Adam discovers how clear his new girlfriend is about her bedroom preferences.

Things aren’t so smooth for Shoshanna and Ray. Shosh (Zosia Mamet), who spent last episode hooking up with a doorman in a closet, overcompensates for her guilt by prancing around the apartment serving Ray coffee.

Marnie (Allison Williams) interrupts to ask Ray for some help laying down a track on Garage Band. She’s chasing her dream, of course, to make it as a singer. Marnie’s also pining for Charlie who conveniently forgets their lunch date. As a consolation, he invites her to an office party in honor of Forbid’s 20,000th Average Monthly User (A.M.U.).

While the main gang hangs together at Charlie’s party, Hannah continues to suffer from her OCD. Hannah’s editor is disappointed by her first drafts. “What happened to your hymen?” he asks.

His point is clear. Without sex, Hannah’s writing is boring. And she is worthless.

Instead of working on her book, Hannah spends precious time in the emergency room. Not only does she get a giant splinter up her ass, Hannah wedges a Q-tip in her eardrum.

The circumstances lead to an awkward chance meeting with Adam. Despite his alcoholism, Natalia takes Adam to an engagement party at a bar. Feeling overwhelmed, Adam steps out where he bumps into Hannah.

Back at Charlie’s party, Shosh struts her stuff and flirts with everyone at the party. Ray demands an explanation. “I held the doorman’s hand,” Shosh whimpers.

The lie is effective. And it’s further evidence of Shoshanna’s evolution. Once the adorable, naive virgin, Shoshanna’s transformed into a bonafide “Girl.” Just like Jessa, Marnie and Hannah, Shosh sleeps around, manipulates men and struggles with love. 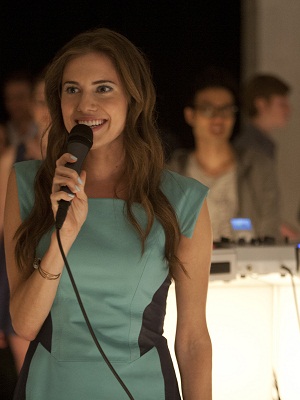 Marnie’s singing debut is the party’s main event when she delivers a tepid Kanye West a cappella performance. The rendition doesn’t win a Grammy, but it wins over Charlie. The two wind up indisposed on Charlie’s desk in a position once familiar.

The theme of old flames rekindling doesn’t heat up for Adam and Hannah. Their clumsy encounter does, however, have a Pavlovian impact on Adam. He rushes inside the bar and orders a Jack and Ginger. Off the wagon, Adam tears up the dance floor at the party. Then it’s back to his dungeon-like apartment where Natalia (and us) learns the purpose of Adam’s craftsmanship. “I’m going to sail down the Mississippi,” he declares.

The next thing Adam says results in the climax (pun intended) of the episode. Natalia is ordered to crawl to the bedroom on all fours. The demand is reminiscent of the bizarre sex-games Adam once played with Hannah. He winds up nearly ruining two things: Natalia’s dress and their relationship.

It’s clear, as Adam cleans up his mess, that Natalia is not Hannah. Perhaps it was the alcohol. Perhaps Adam truly longs for Hannah.

The only sure thing is that after next week’s season finale, we won’t be missing Girls on HBO.

An open letter to Lena Dunham about Girls

Girls spoilers! How Season 2 shapes up