The queen will be signing a historic document meant to guarantee equal rights. But one group says they were left out. 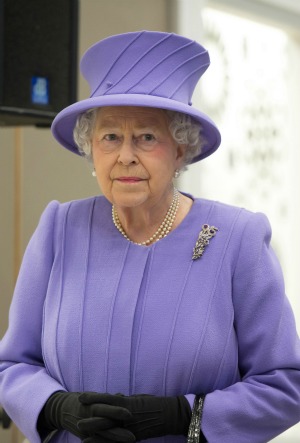 Queen Elizabeth II is taking a big step for equal rights in her country by signing a document that is meant to define core values for all 54 of the Commonwealth’s member states.

“We are implacably opposed to all forms of discrimination, whether rooted in gender, race, colour, creed, political belief or other grounds,” the charter reads.

However, some equal rights groups are not very happy about the wording. While the charter gives equal rights to many people, it doesn’t specifically mention the LGBT community.

“It is an important document but it does not include any explicit commitment to gay rights,” said the Australian Associated Press, according to NPR.

One reason the charter is reportedly being signed now is to make the first-born heir next in line to the throne, no matter the child’s gender. The law was rushed through because Prince William, currently second in line to the throne, is about to have a child. William’s wife, Kate Middleton, is expecting their first baby in July.

“[The charter] is seen as a clear indication that she supports new laws designed to give equal royal accession rights to boys and girls,” said NPR.

Gay rights groups have asked for the queen to comment on the charter’s failure to mention gay equality. A spokesperson for Elizabeth said signing the charter is neither a political move nor a personal one.

“The Queen does not take a personal view on these issues,” said The Daily Mail. “The Queen’s position is apolitical, as it is in all matters of this sort.”

Did Kate Middleton (accidentally) reveal the sex of her baby? >>

However, whether she admits it or not, the new charter is very personal to Queen Elizabeth. It could change the future lineage of the monarchy and, therefore, the future of her country.

The queen is making a live announcement of the signing on Monday.