The actress and her husband took on a giant task with The Bible, but it turns out the hardest part all was finding one important actor. 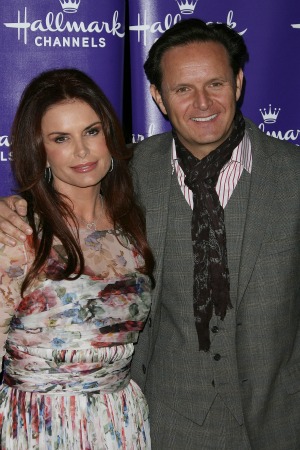 Roma Downey has come a long way since Touched by an Angel, but her mission on TV has not changed much at all. Downey and her husband, Mark Burnett, have worked hard to bring the miniseries The Bible to the History Channel.

Burnett is the renowned producer who brought shows like Survivor, Shark Tank and The Voice to TV, but he decided to work on a different kind of project with his wife. And just as with all of his other projects, Burnett created ratings gold with the miniseries.

For Downey, the most challenging part was finding Jesus — the actor. They were close to the start of filming when she became desperate.

“We actually were only six weeks away from beginning principal photography and we still had not cast the role of Jesus,” Downey told People. “To say that we were anxious is an understatement.”

She said she was so desperate, she sent out an email to all her friends asking for their help. The subject line read “Looking for Jesus.”

“The prayer circle went out and the prayer was answered,” she said.

Downey loved actor Diogo Morgado’s audition tape and said it was meant to be. Morgado is based on Portugal but was in the right place at the right time.

“I was a little disheartened and didn’t know logistically how I was going to make that work,” she said. “I spoke to his agent and he said, ‘Actually, he’s traveling and in Los Angeles.’ I said, ‘Hallelujah.'”

Downey said that in less than 24 hours, Morgada was at their house for a meeting.

“I grabbed Mark and we peeked out the window to see him approach,” Downey added. “I turned to my husband and said, ‘There he is. That’s our Jesus.'”

Downey herself appears in The Bible as Jesus’ mother, Mary. Morgado will be featured in the second half of the 10-part miniseries.

Downey and Burnett feel they found the perfect Jesus, and they are confident he will make an impression on viewers.

“I think he will define this role for generations,” she told People of Morgado. “He’s just a beautiful actor inside and out. This is going to make him a big star.”

The premiere of The Bible on the History Channel brought in 13.1 million viewers. It will air every Sunday until Easter.

56 mins ago
by Reshma Gopaldas