Will Kelly be okay? Of course — she’s an Osbourne! But we’ve waded through TMZ and WebMD to take a look at what might have happened when she seized on set this week. 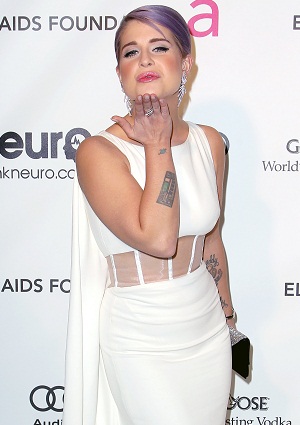 After Kelly Osbourne’s seizure on the set of Fashion Police last week, everyone is concerned. Osbourne has been through a lot over the years between her mother’s cancer, her brother’s recent multiple sclerosis diagnosis and, well, nearly everything involving her dad, Ozzy. Until last week, she’d (mostly) managed to stay out of the health drama. Now that she appears to have her own mysterious ailments, everyone is worried and wants to know if the purple-haired girl will be okay.

TMZ is reporting that doctors say she most likely has epilepsy. That isn’t out of the question. Epilepsy is a brain disorder that causes the patient to have occasional and unpredictable seizures. However, that diagnosis has yet to be confirmed.

“There is absolutely no confirmed diagnosis regarding Kelly’s condition at this time,” Osbourne’s rep told People magazine. “She is under a doctor’s care and they are continuing to run tests.”

Other disorders and illnesses could have caused Kelly to seize as well. The scariest, of course, is a brain tumor. We definitely hope that’s unlikely. But with her mother’s history of cancer, it’s probably something the doctors are investigating. They’ll also look into her blood sugar levels, as an extreme drop in blood sugar can also cause seizures.

More gross and less likely, but not out of the question by any means, would be that the seizure was a side effect from some sort of parasite in Kelly’s body. WebMD names tapeworm and toxoplasmosis (which can be picked up from cleaning litter boxes) as examples of parasites that could have caused Osbourne’s seizure.

Withdrawal from drugs or alcohol can also cause seizures, as can a blow to the head. In other words, it’s really too soon to say for sure that Osbourne suffers from epilepsy.

Kelly O. recently lost some weight and looks healthier and happier than ever >>

The good news: Kelly’s rep says she hasn’t had another seizure. Docs have most likely placed Kelly on an anticonvulsion medication, the same kind of thing they’ll prescribe if it turns out she actually does have epilepsy.

Whatever is going on, Kelly is one tough cookie, and we know she’ll pull through and come out smiling — as always.