Is it ever OK for a man to comment on his girlfriend’s “excess” weight? We say no, but Scott Disick thinks differently. 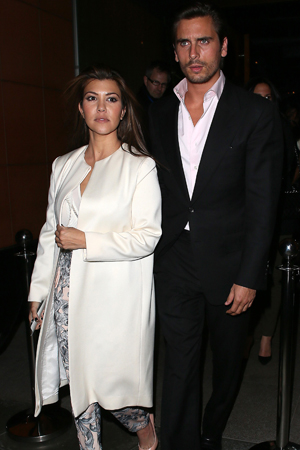 It seems like Scott Disick is always straddling the line between being a doting father and a complete and utter d-bag.

He definitely jumped into full d-bag territory on the new episode of Kourtney and Kim Take Miami. In the episode — airing Sunday — Scott tells the mom of two that he wants her to weigh 93 pounds.

“Do you know what you’re supposed to weigh for your average weight for your height?” he asks the 5-foot Kourtney. She goes on to estimate her weight as being around 105 before he asks how much she weighed when they first met.

But, he continues: “Your body was banging when I saw you on the beach with that little a**.”

Kourtney doesn’t seem phased by it, though.

“How do you feel when he’s like, ‘I want you at 95 pounds’?” sister Kim Kardashian asks.

“It doesn’t bother me because I have to do what’s best for me,” she replies. “I can’t compare myself to supermodels.”

That still doesn’t make it right.

Is it ever OK for your guy to make comments about your weight? Sound off in the comments below!