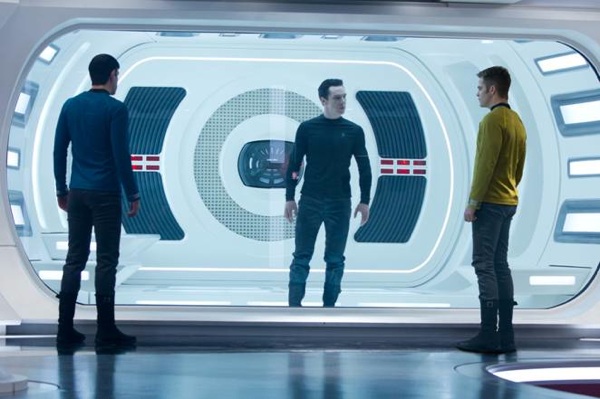 If you’re one of many filmgoers who can barely contain their excitement over the forthcoming Star Trek Into Darkness, rest assured that the film appears to live up to the hype.

The Guardian reports that about 30 minutes of the highly anticipated film was shown to a group of film reporters at the BFI Imax in London on Friday, and it has left many elated. The footage is said to be action packed and has pleased a number of hard-core Trekkies.

The UK outlet Radio Times calls the scenes shown “spectacular and gripping,” while Den of Geek notes that the sci-fi flick “looks like a sequel done right.”

What the footage doesn’t reveal is who Benedict Cumberbatch‘s villain character is. Fortunately, fans aching to know more details will only have to wait another two months.

The film serves as a follow-up to the acclaimed 2009 film Star Trek, which earned praise from critics and grossed an impressive $385 million worldwide. The top-secret sequel centers on a deadly attack against the Enterprise that threatens the state of the world. In response, Captain Kirk (Pine) and his team must stop at nothing to defeat a criminal mastermind. Compared to the first installment, which was filled with light-hearted and comedic moments, Star Trek Into Darkness appears to have a much darker tone.

Star Trek Into Darkness is set to be released on May 17.