What’s better? Going on a dazzling adventure with James Franco for two hours, or exploring the gritty streets of New York with Colin Farrell? Tough call! 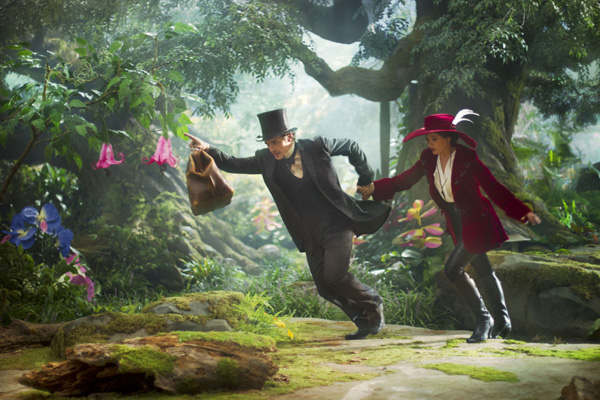 Oz The Great and Powerful

Oz The Great and Powerful is a 3D adventure film that imagines the origins of the wizard of Oz. Partly inspired by the Oz books by Frank L. Baum and partly referencing the 1939 movie The Wizard of Oz, the stunning graphics make watching this movie feel like a ride at Disneyland: fluid, surprising and sometimes scary but overall, really fun.

But don’t expect a weepy teen, coming of age in ruby slippers. Oz, played by James Franco, is a complex man who spends his time in Kansas chasing ladies and doing magic tricks for a traveling circus.

When he gets to the Land of Oz, however, he’s in over his head with three beautiful and possibly evil witches, played by Mila Kunis, Rachel Weisz and Michelle Williams. Oz quickly realizes that playing with their hearts has serious consequences. 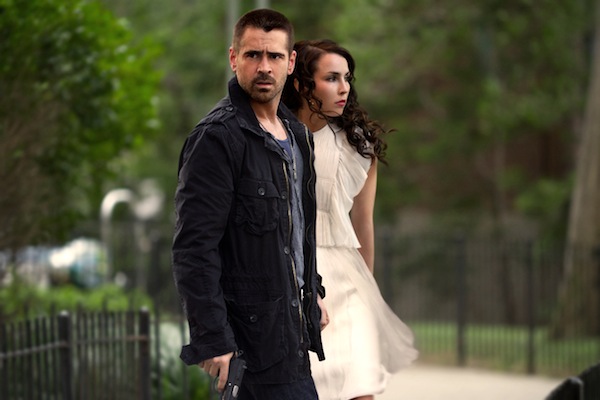 Dead Man Down is from Danish director Niels Arden Oplev and Swedish actress Noomi Rapace, who brought us the original The Girl with the Dragon Tattoo. This gritty crime drama also stars Colin Farrell, who gives a strikingly rich performance as a man with a tragic vendetta.

Noomi Rapace also stuns with her portrayal of a woman whose face has been scarred in a terrible accident and wants revenge on the man who did it to her. These two broken people meet up to discover that revenge may not be all it’s cracked up to be.

So, which one wins the battle of the flicks? The SheKnows movie winner of the week is Oz The Great and Powerful for its dazzling spectacle — but you must go see it in 3D!