It’s Thanksgiving, and the gang spends the holiday as every red-blooded American should: hiding out in garages trying to escape from people they don’t like and meeting their estranged fathers. Happy Thanksgiving! 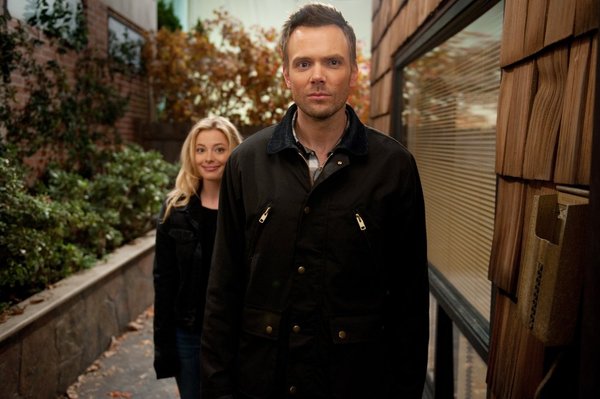 It’s Thanksgiving in Greendale (they go by a whole different calendar over there), and the gang is trying to face their family issues. Jeff (Joel McHale) is finally taking the bold step of meeting his estranged father, played by James Brolin, while Shirley (Yvette Nicole Brown) has invited the rest of the gang to join her family for the holiday. Things are bound to go awry.

Jeff is far too terrified to face his father after all these years and runs away from the house before he even touches the doorbell. Luckily, Britta (Gillian Jacobs) foresaw such a dilemma and showed up to the house early so Jeff had to go in. He couldn’t let Britta represent him to his deadbeat dad.

It’s clear right off the bat the Winger men share the same genes. They are a cool, confident and witty clan, with the exception of William Jr. (Jeff’s half brother). W.J. is just a mess ball of insecurities and tries his gosh darn hardest to throw insults at Jeff, but he didn’t inherit the wit gene either. Ultimately, he’s just scared he’s going to be replaced by the cooler prodigal son.

Things go all right until the elder Winger decides to take credit for Jeff being such a well-adjusted adult. Abandoning him seems like the best thing he could have done for his son, especially seeing how Junior turned out.

Jeff doesn’t let this slide. Instead, he tells his dad he should take credit for the fact that Jeff is emotionally unstable, in desperate need of love and attention and can’t even look his friends in the eye because he’s too afraid they’ll see who he really is. Dad’s response? Fake a heart attack. The apple doesn’t fall far from the tree, as they say.

At Shirley’s house, the rest of the group is so uncomfortable (and offended that someone called Batman gay) that they trap themselves in the garage to get away from Shirley’s family. Abed (Daniel Pudi) narrates the scene Shawshank-style as they each attempt to escape from their Thanksgiving prison cell.

The plans fail one after another until they realize even Shirley doesn’t want to be there. Let’s face it: Holidays with the family aren’t always a fun and uplifting experience.

Everything comes together at the end as the study group enjoys their own Thanksgiving dinner with their chosen family members, their BFFs. Awww. Why weren’t my study groups so close? I’m so jealous.