IFC is taking a chance on Will Ferrell and Ben Stiller by greenlighting two different comedy shows. 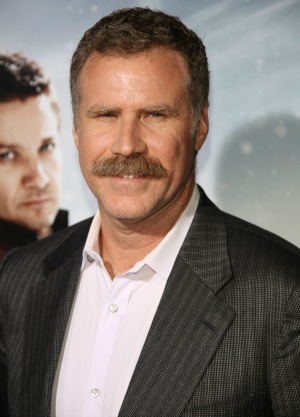 It looks like fans of Will Ferrell will be getting a whole lot of him very soon. IFC announced Thursday the comedian will be joining the network for a new show.

Will Ferrell is a comedic genius >>

“The former Saturday Night Live funnyman will star in a new spoof show, The Spoils of Babylon, on IFC,” according to Access Hollywood.

Ferrell will be playing a fictional famous author in the series, described as a “blowsy century-spanning saga” of a family with an oil fortune. According to Access Hollywood, the show will chronicle their “sexy and dramatic lives.”

“The Spoils of Babylon spans three generations, taking viewers from the oil fields of Texas to boardrooms in New York City, through world war battlefields and velvet-sheeted bedrooms,” the network told Access Hollywood. “As the story unfolds, the booze, the passion and the heartache lead to illegal arms deals and international espionage with the shah of Iran, not to mention the creation of the doomed sub-prime market.”

Harrison Ford to star in Anchorman 2: The Legend Continues >>

Ferrell may just be the perfect person for the new role, and he seems excited about the show.

“This is a crazy and maybe even a stupid idea,” Ferrell said. “IFC is either really courageous or really stupid, which makes them the perfect partner for us.”

IFC has reportedly ordered six 30-minute episodes, which will be produced by Ferrell and Anchorman and Step Brothers director Adam McKay.

The network also greenlighted a show produced by Ben Stiller. The series, The Birthday Boys, will feature a comedy group from the Upright Citizens Brigade in Los Angeles.

Ben Stiller says comedians get no love from Oscar >>

“The Birthday Boys are too good to just be making viral videos. They are funny enough to fill time between episodes of ‘Portlandia,'” Stiller told Access Hollywood. “I’m thrilled to be working with Bob Odenkirk again on a TV project. We try to do something every 20 years or so.”