The View is losing a core member of its team. After 16 seasons, Joy Behar is ready to say goodbye. Thursday, she announced her departure from the ABC talk show. 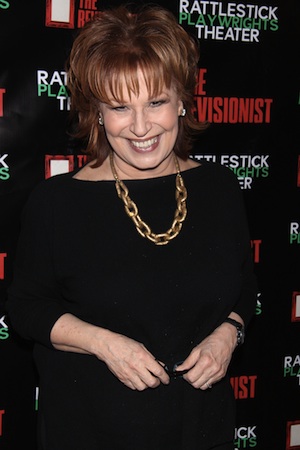 Aside from Barbara Walters, The View is losing its last original castmember. Joy Behar is leaving after 16-1/2 years. Deadline is reporting her exit, which has been confirmed by ABC.

In a statement, the network said, “Joy Behar has been instrumental in the success of The View from the very beginning. We wish her all the best in this next chapter, and are thrilled that we have her for the remainder of the season.”

Behar herself told Deadline that it was the “right time” for her to go. She explained, “You reach a point when you say to yourself, ‘Do I want to keep doing this?’ There are other things on my plate I want to do — I’ve been writing a play, I’ve been neglecting my standup.”

Joy Behar and Whoopi Goldberg walk off The View >>

Don’t count Behar completely out of the talk show circuit. She enjoys the format and plans to stick with it.

“I do like talk shows, I’m interested in talking to people,” she said. “I want to do an intelligent talk show where you have room to breathe.”

As for her pals at The View, there are no hard feelings.

“I have a lot of friends there, and I will miss everyone I’ve worked with because we have a family there,” Behar said. “It is a smart talk show because somebody of her stature is leading the conversation; Barbara was one of the main reasons I took that job.”

Rumor has it Behar met with CNN chief Jeff Zucker for her next job, yet she refused to confirm a new gig. She just described their talk as “a positive meeting.”

Are you shocked by Behar’s decision to leave?