Angelina Jolie and Brad Pitt have a huge hit on their hands. It isn’t a film on the big screen — it’s their new wine, Miraval Rosé 2012. 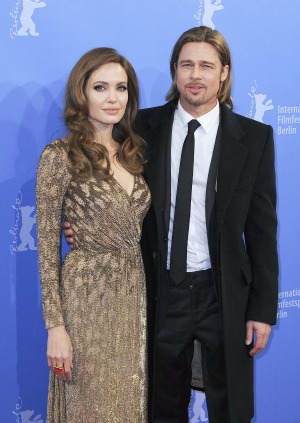 Someone will be toasting tonight with Angelina Jolie and Brad Pitt‘s new wine. Chances are, though, it won’t be most of us.

In an astounding five hours, Pitt and Jolie’s Miraval Rosé 2012 sold out on Thursday. It became available on the internet to buyers who were looking to buy a half-case. A half-case of the French wine consisted of six bottles and cost $138, which is fairly affordable at $23 a bottle.

Vitabella, the PR firm repping the Jolie-Pitt vineyard, acknowledged the sellout in a statement, saying, “The sale started at 9 a.m., and all the bottles were sold out by 2 p.m.”

Only 6,000 bottles were available on the first day of the general sale, so approximately 1,200 bottles were sold per hour. That is a very impressive number for a new wine, and the celebrity name attached to the bottle certainly helped the publicity and the sales.

For those wine aficionados who missed out on Thursday’s sale, the vintage will be available in restaurants and from wholesalers later in March.

A press release announcing the online sale tempted many wine connoisseurs by saying, “With this 2012 rosé, Miraval reveals the extraordinary potential of wines from Provence. This unique terroir naturally expresses itself in the aromatic wine with a round mouthfeel that is full of freshness.”

It is said that Jolie and Pitt were actively involved with this project. They partnered with Marc Perrin to assist them with the logistics of their winemaking venture.

Besides making wine, Jolie is busy filming Maleficent, which is due on the big screen in 2014. Pitt has a slate of movies coming out this year, including World War Z, Twelve Years a Slave, and The Counselor.