James Franco is adding one more job to his already long list of careers: Broadway star. 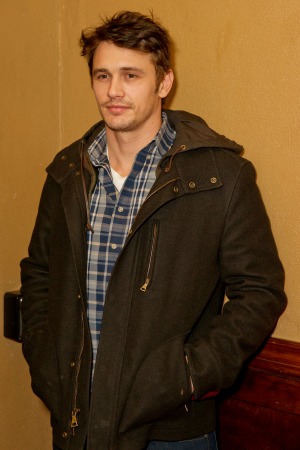 James Franco is one of Hollywood’s most multifaceted actors, and he’s not one to rest on his laurels as an Oscar nominee. The actor has a long list of jobs on his resumé, including published author, student, professor, director and poet. And now, Franco is ready to add one more job to his list: Broadway star.

On Wednesday night’s edition of The Colbert Report, the jack-of-all-trades said, “We’re going to do Of Mice and Men on Broadway. I’m going to play George.”

The play will mark Franco’s Broadway debut, although this is not the first time he’s tried to hit the Great White Way. Back in 2011, he was set to co-star with Nicole Kidman in the revival of Sweet Bird of Youth. The show never made it to Broadway, though.

On Colbert’s show, Franco decided to add casting director to his job list, as he jokingly offered a role to the Comedy Central host, saying, “There’s a character, Slim — we haven’t cast it yet. You can do it. You can nail it!”

Cobert replied, “Is it a big-time commitment? ‘Cause I got this show to do!”

While we probably won’t see Colbert’s name on the marquee, it will be interesting to see who plays opposite Franco in the role of Lennie. The character is a key player in the John Steinbeck story, and no actors’ names have been mentioned yet.

How well do you know James Franco’s roles? >>

It has been a while since theatergoing audiences have seen Of Mice and Men in New York. The original production was launched in 1937, and the most recent revival — starring James Earl Jones as Lennie — premiered in 1974.

Beginning Friday, film fans can watch Franco do his turn as Oz The Great and Powerful, alongside co-stars Michelle Willams, Mila Kunis and Rachel Weisz.