Demi Moore finally makes a move and files for divorce from Ashton Kutcher. She’s seeking spousal support and attorney fees from the Two and a Half Men star. 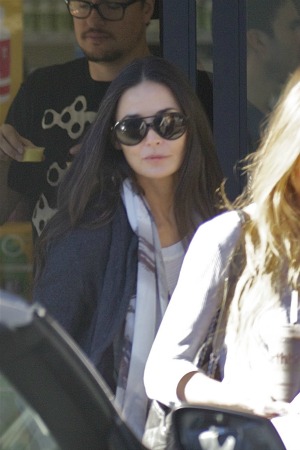 Demi Moore is finally making a move to end her marriage to Ashton Kutcher. On Thursday, the actress filed for divorce, seeking to end her six-year marriage to The Two and a Half Men star. Kutcher filed his own divorce papers back in late December.

Both parties cited irreconcilable differences as the reason for their split, but Moore is seeking one other thing from her soon-to-be ex: spousal support. She is also wants Kutcher to pay her attorney fees.

According to Us Weekly, the couple tried to reach a settlement privately, but they were unable to reach an agreement.

A source revealed to the magazine, “One always hopes that you can negotiate these things and do them under the radar. Nobody wants to be public. But at a certain point you need to move forward.”

Even though Moore made a sizable income during the height of her fame, she is seeking money from her ex since he reportedly earned $24 million from his hit CBS sitcom last year.

The media coverage on the breakdown of the Moore-Kutcher marriage has been nonstop since they first split over a year and a half ago. From Kutcher’s cheating scandal to Moore’s stint in rehab, it’s been a roller coaster for both of them.

Kutcher has settled down in a relationship with his former That 70’s Show co-star, Mila Kunis, while Moore has played the field a bit more. She was last connected to Lindsay Lohan’s ex-boyfriend Harry Morton.

The couple did not have any children during their marriage and after dragging out the split, it’s time for both of them to move on with their lives.