Kelly Osbourne is believed to have suffered a seizure Thursday while filming an episode of Fashion Police. The daughter of Sharon and Ozzy Osbourne was rushed to the hospital via ambulance. 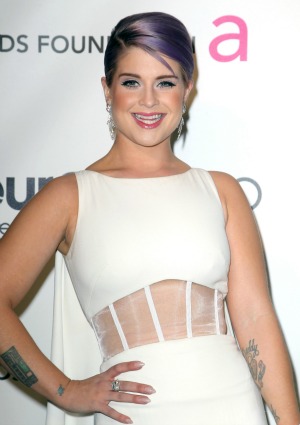 Kelly Osbourne has reportedly suffered a seizure while filming the E! show Fashion Police. The 28-year-old was rushed to a Los Angeles-area hospital Thursday afternoon.

Details of the scary incident are slowly surfacing, though none have yet been confirmed by the star’s rep. Entertainment Tonight reports Kelly Osbourne’s seizure caused her to fall to the floor in front of a full studio audience. The seizure lasted for approximately 30 harrowing seconds.

TMZ reports the purple-haired fashion critic was sitting in her regular chair for filming, next to Melissa Rivers, who was filling in for Giuliana Rancic. Kelly Osbourne reportedly turned to Melissa and said, “I don’t feel good,” and then fell out of the chair and started shaking.

Melissa Rivers and crew members, as well as medically trained responders who just happened to be in the audience, all rushed to Kelly’s side. One was reportedly a doctor, while the others were EMTs.

The former reality star, who recently injured herself a bathroom incident, came to after the seizure ended while still on the floor. After an ambulance arrived, she was covered by blankets and taken out of the studio on a stretcher for transport to the hospital.

The Osbourne family has been through a number of health issues recently, including Jack Osbourne’s Multiple Sclerosis diagnosis, and Sharon Osbourne’s decision to undergo a double mastectomy.

Detailing how the stress of it all has taken its toll, Kelly tweeted this explanation of why she was drinking heavily on a flight last summer: “On the plane I started looking at [an MS] website. It described how bad certain cases of MS got, and it made me lose it because I’ve sat through my mother having breast cancer, my dad almost dying from a bike accident, and now it’s my brother who’s my best friend.”

It is not yet known what caused Kelly Osbourne’s seizure, nor her current condition. Check back soon for updates.