Even though Jay Leno is not officially out the door at the Tonight Show, rumors have already started over who would replace Jimmy Fallon if he gets Leno’s job. Howard Stern might just be the frontrunner. 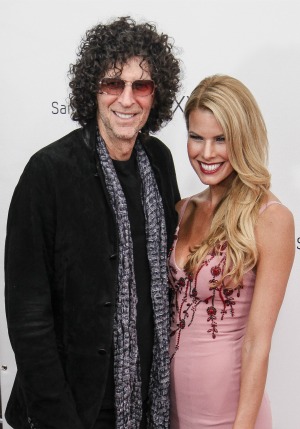 If the rumors are true that Jay Leno is on his way out at NBC (again) and Jimmy Fallon will be his successor, who will be taking Fallon’s slot? Many names have been mentioned, but one of the most believable may be Howard Stern.

Stern may not have started with the cleanest, prime time kind of image, but he has the followers. The America’s Got Talent judge has proven himself to TV execs, according to the NY Post, something he has wanted to do for a while.

Howard Stern is back on America’s Got Talent >>

“But why… would NBC hire a guy — Stern — who is not only just three years younger than Leno but is too old in TV years to even appeal to himself?” said the newspaper.

The reasoning may come from his current gig at America’s Got Talent. His (much younger) wife said she realized he would be perfect for late-night during a recent trip.

“We were in a hotel and all these little kids recognize him now as the judge from America’s Got Talent,” Beth Ostrosky Stern said. “Usually it’s their dads. But now it is screaming little kids. People are now seeing him for who he really is.”

Stern also has the skills for the job. After years on the radio, he knows how to work with all different kinds of guests.

“He is one of the best interviewers out there,” his wife told the Post.

And even though Ostrosky Stern said she’s trying to convince him late-night is for him, it’s not the first time he’s tried it.

“He’s already tried late-night TV several times before — but always with mixed results,” said the newspaper. “In 1987, in an attempt to replace Joan Rivers on The Late Show, he made a bunch of pilots, but his show never made it to air.”

He also tried a few other times, all with the same results. As the rumors continue about the future of the two late-night shows, Stern’s name will continue to be tossed around as a possibility.

Tell us — Do you think Stern would make a good replacement for Jimmy Fallon?