A day after Carrie Fisher announced her return for Star Wars: Episode VII, George Lucas lets it slip that all three actors have signed on the dotted line. 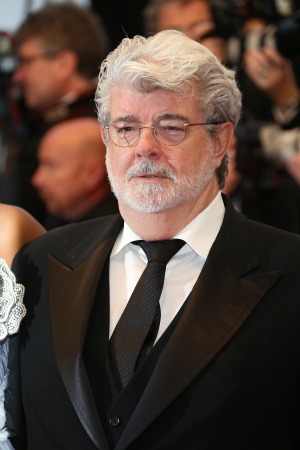 George Lucas recently sat down with Bloomberg Businessweek to talk about the new Star Wars films, and may have let a highly guarded secret slip out.

The interview was technical (in Star Wars terms) and went into the worlds of the story and how Lucas has always had a map of the universe and all the people that might be involved in the stories.

“As it turned out, Lucas had already done the cataloging,” said Devin Leonard with Bloomberg. “His company maintained a database called the Holocron, named after a crystal cube powered by the Force. The real-world Holocron lists 17,000 characters in the Star Wars universe inhabiting several thousand planets over a span of more than 20,000 years. It was quite a bit for Disney to process.”

Most of the interview talks of these worlds and the importance of the Holocron to all nine movies.

In 2012, after Disney purchased Lucasfilm, they announced they would be making the final three films in the series that was originally supposed to be nine.

But for those not in the Star Wars universe, the really interesting part of the interview came at the very end. Lucas was again talking about the new films, and how the character development would happen.

“We had already signed Mark and Carrie and Harrison — or we were pretty much in final stages of negotiation,” Lucas told Leonard. “So I called them to say, ‘Look, this is what’s going on.’”

Lucas apparently then paused, sensing he may have said something he shouldn’t.

“Maybe I’m not supposed to say that,” he said. “I think they want to announce that with some big whoop-de-do, but we were negotiating with them.” He added, “I won’t say whether the negotiations were successful or not.”

Carrie Fisher already confirmed her addition to the film earlier this week, but fans were holding their collective breath for the return of Harrison Ford and Mark Hamill, who played Han Solo and Luke Skywalker in the original films.

Disney has yet to confirm the actors’ agreements.

J.J. Abrams will be directing Star Wars: Episode VII, which is set to be in theaters in 2015.