Valerie Harper revealed yesterday that she has terminal cancer, and her BFF and former costar Mary Tyler Moore is absolutely shattered by the news. 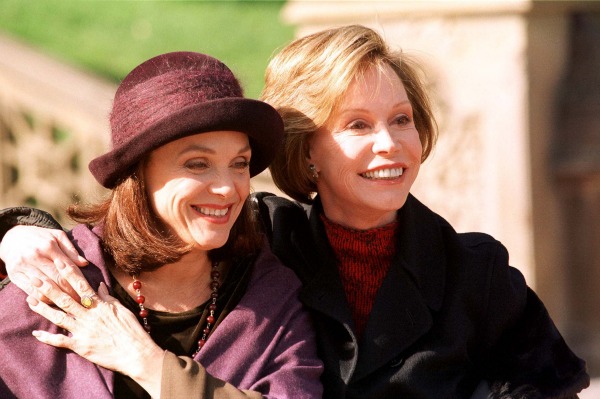 Mary Tyler Moore is gutted by the news that her best friend Valerie Harper only has months to live.

The pair, who starred in The Mary Tyler Moore Show together before Harper got her own spin-off show Rhoda, have been friends for decades and are facing this cruel blow together.

“I’m absolutely devastated by this news,” Moore said in a statement. “Valerie has given so much joy, laughter and love to the world. I join her fans and send much love and positive thoughts to her and her family during this difficult time.”

Harper shared the details of the phone call in which she gave her bestie the sad news.

“In one of her books she said, ‘At every funeral of my family, Val was at my side,” Harper told People. “It’s true. I love her.”

The 73-year-old was diagnosed with leptomeningeal carcinomatosis, a rare form of cancer in the membrane surrounding the brain. Doctors have given her just three months to live.