Adrianne Palicki has beauty and brawn. The actress got into tip-top shape for G.I. Joe: Retaliation. The film pits her against a rogue terrorist group called Cobra. Palicki trained hard to play a military heroine. 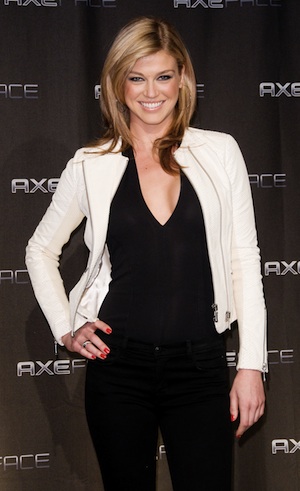 This month, Adrianne Palicki co-stars in G.I. Joe: Retaliation. It’s the sequel to 2009’s G.I. Joe: Rise of Cobra. She plays Lady Jaye, a weapons expert, who knows how to defend herself.

Adrianne Palicki and Wonder Woman get a new costume >>

Palicki is no stranger to action. She starred in the pilot for David. E. Kelley’s Wonder Woman. She also got rough and tough in the Red Dawn remake. But Retaliation‘s a different kind of monster. The actress recently spoke to EW about her preparation for the role.

“We trained with Navy SEALS,” Palicki revealed. “Harry Humphries is a retired SEAL, so he’s actually one of the original so he brought his whole SEAL team to train us and they’re actually in the movie with us, guiding us, which was the most nerve-racking part because if you mess up, you know they’re going to be pulling you aside and scaring you.”

Lady Jaye isn’t all about the physical. Palicki continued, “Thankfully I love the character and she’s very well-written. She’s a tough girl. She’s got a little bit of a chip on her shoulder. She’’s like the only chick around all these guys so she kind of has to hold her own. She’s the intelligence in the group; she’s the weapons specialist. So there’s a lot to carry with that.”

This sounds like a role that will make you scream, “Girl power!” Palicki holds her own opposite action heavyweights Bruce Willis and Dwayne Johnson. Despite their intimidating resumes and physiques, the actress didn’t feel threatened. She described them both as “so funny.”