Dawn of the Planet of the Apes is coming together. Keri Russell, who stars on The Americans, has signed on as the leading lady of the highly anticipated sequel. 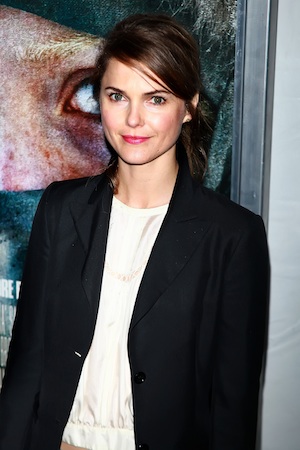 Keri Russell is everywhere these days. The actress has appeared in both film and television, and she’s adding a new movie to her resume. According to Variety, she’s landed the female lead in Dawn of the Planet of the Apes.

Dawn is the sequel to the 2011 hit Rise of the Planet of the Apes. That film starred James Franco as scientist Will Rodman and Andy Serkis as the CGI primate Caesar. Serkis will reprise his role for the follow-up, but Franco will not.

The nature of Russell’s role is being kept under wraps, but we do know she’ll join fellow newcomers Jason Clarke, Kodi-Smit McPhee and Gary Oldman. The film is directed by Matt Reeves, who previously worked with Russell on her hit TV series Felicity.

Russell recently appeared in the sci-fi thriller Dark Skies and currently stars in the FX drama The Americans. The cable network renewed the show for a second season following its fourth episode.

And it’s good! The Americans scores a second season >>

Russell has steadily worked since her teens and became a pop-culture phenomenon with Felicity. Since then, she’s appeared in films such as Mission: Impossible III and Waitress and the TV miniseries Into the West.

What do you think of Russell as Apes‘ new leading lady?