Director Sam Mendes says no to the next installment in the Bond franchise after making Skyfall the most successful Bond movie of all time. 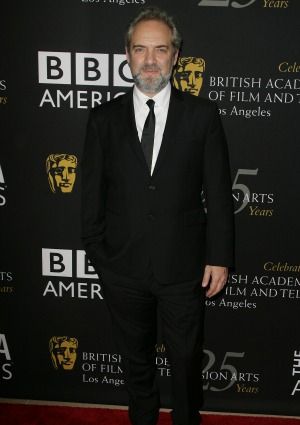 There are a lot of disappointed Bond fans today after director Sam Mendes revealed to the British film magazine Empire that he will not be returning for the next James Bond film.

Mendes was invited back by the Bond producers, Barbara Broccoli and Michael Wilson. There is no doubt that they were impressed by Mendes’ work, given the fact that Skyfall has taken in $1.1 billion to date. Mendes’ take on the Bond franchise also renewed audiences’ interest in the sexy spy, who is currently played by Daniel Craig.

The 47-year-old director blames his heavy work schedule for missing the next Bond film.

Mendes told Empire, “Directing Skyfall was one of the best experiences of my professional life. But I have theater and other commitments, including productions of Charlie and the Chocolate Factory and King Lear, that need my complete focus over the next year and beyond.”

Mendes didn’t seem to take the decision lightly, though.

He did say, “It has been a very difficult decision not to accept Michael [G. Wilson] and Barbara [Broccoli]’s very generous offer to direct the next Bond movie.”

The 24th Bond film is currently without a director, and it is unknown at this juncture whom the producers will approach next. What is known is that the next director has some big shoes to fill. Not only has Skyfall been a global box office success, but the film recently won Best Original Song at the Oscars for Adele and co-songwriter Paul Epworth.

The honor for the “Skyfall” theme song marks the first time a James Bond song has won an Academy Award. Three other songs have been nominated: “Live and Let Die,” performed by Paul McCartney and Wings, in 1973; “Nobody Does it Better,” sung by Carly Simon, from The Spy Who Loved Me in 1977; and “For Your Eyes Only,” sung by Sheena Easton, in 1981. The producers are trying to lure Adele back for the next Bond theme song.

Mendes did reassure fans that the door is open for his return.

He told the film magazine, “I feel very honored to have been part of the Bond family and very much hope I have a chance to work with them again sometime in the future.”

Preproduction on the next Bond chapter is slated to begin later this year.

34 mins ago
by Alyssa K. Davis